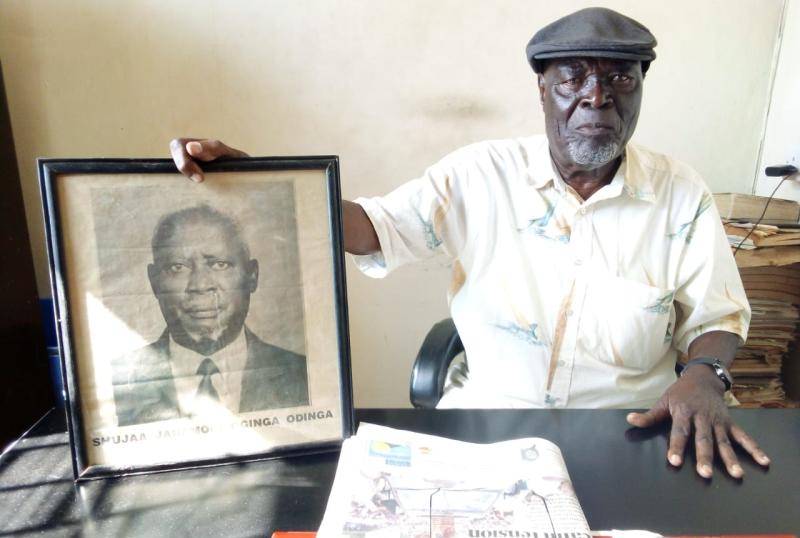 Parliament passed the Public Participation Bill 2019 to provide parameters for public participation and define the obligations of state bodies and public officials in conducting the exercise before the formulation of new policies and modification of old ones. This bill has seen many government decisions ruled out by the courts for failing to consult the public.

Political awareness among the Luo of former central Kavirondo (present-day Kisumu, Siaya and Busia counties) began after World War I. The Young Kavirondo Association was established in 1921. The core of this anti-colonial movement came from a group of the first class who joined the Maseno school around 1907.

In 1921, some of these students were training as teachers at Maseno and they decided to form YKA. Jonathan Okwirri from Uyoma was the president, Simeon Nyende from Gem Regea was the treasurer and Benjamin Owuor from Seme the secretary.

Their main objective was to lobby against Kenya becoming a colony, the kipande system, the increase in hut tax and to lobby for the introduction of a supreme chieftaincy.

World War I had affected the economic climate of the British protectorate; taxes have become a burden coupled with lower wages. These were the conditions that provided fertile ground for political activism among the Luo within the YKA. The Luo called the piny group owacho – people talked. It became the Luo word for government.

The YKA offered a 10-point memorandum to the colonial governor. These included an independent legislature for Kavirondo, the abolition of kipande, the reduction of the hut tax, a public school in the center of Kavirondo, the dismissal of the crown colony, the increase in salaries, the abolition of forced labor and labor camps, titling of land and the paramount chief for Luos.

The memorandum was drafted at a public meeting at Lundha in Gem on January 13, 1922. The meeting was attended by a multitude by colonial standards as well as 11 chiefs of the Luo and some representatives of the Luhya community who were invited to YKA. The meeting decided that the memorandum be sent to Nairobi.

On February 7, 1922, much to the dismay of the Luos gathered under piny owacho, Provincial Commissioner H.R. Tate continued to negotiate the demands and assure the Luo that their problems were settled. This meeting convinced Tate that the Luo leadership was determined in its agitation. “The attitude of the natives”, reported Tate, “was not entirely respectful.” On March 11, 1922, no word had been received from the CP. An executive committee, headed by Benjamin Owuor, drafted another letter to the PC, insisting on a meeting with the governor.

Eventually, Governor Sir Edward Northey called a meeting at Nyahera on July 8, 1922. Luos from as far away as Karachuonyo and Migori attended in their thousands. The meeting lasted 10 hours with only an hour break for the governor’s lunch. The governor indicated his willingness to debate each of the 10 points, not knowing that he had thrown the Luos into their culture of conclusive deliberations. He did say, however, that he would not deal with two; change the current status of Kenya as a crown colony and the issue of title deeds. These could only be managed by the government in London.

Both the YKA and the governor fell victim to the Luo political legacy of inherent democracy which allowed for long, exhaustive public discussions and negotiations involving the entire Nyahera community on that sunny day in July 1922.