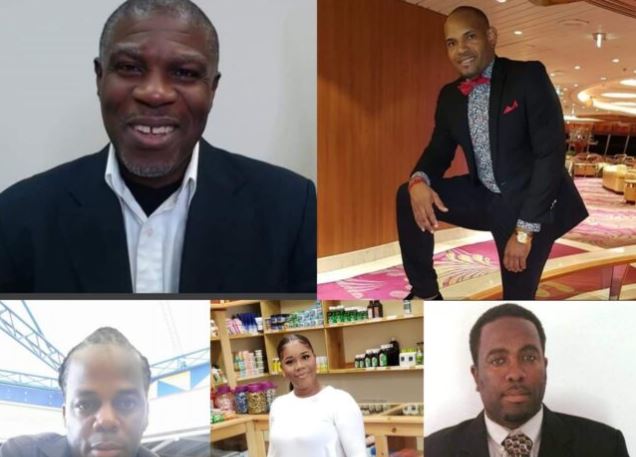 The secretary general of Dominica’s newest political party, Team Unity Dominica (TUD), Alex Bruno, said they have identified at least six candidates who will run in the next general election under the TUD banner.

Bruno’s comments came during the party’s official launch this weekend in Calibishie, where he announced his party would not contest all 21 seats, but enough to “win as an individual entity”.

“We will present our plan for Dominica which cannot wait. The sooner the election is called, our entire team of candidates will be declared, possibly with our leader. Probably the leader could be declared before,” he told those gathered.

A few days before the official launch of the TUD, Bruno assured the press that his party is ready for the next electoral cycle “with a complete organization, ready to win enough seats to win the general elections as a movement. We think we are ready to form the government.

Speaking at Sunday’s event, Bruno revealed that the “fully established” political entity that aims to harmonize all efforts to promote the common good of all, will only need two terms “to throw the foundations of an inclusive Dominica program”.

He stressed that his party respects the former leaders of Dominica and the current Prime Minister, Roosevelt Skerrit, but according to Bruno, Skerrit must be challenged and replaced by a new leader.

“Enough is enough for a leader of a country to spend more than 20 years, and there is no one here or those who will go against this statement,” the political scientist said. “We’ll love our prime minister, but we love Dominica more. Let him have a break; he’s tired. Give TUD a chance and maybe he can come back in 10 or 15 years. He’s still young.

Bruno assured the public that this new movement is not a splinter of another party, but rather a movement that plans to unite, organize and strategize around a progressive electoral platform under the terms People.

He said that the TUD is not an alternative but an urgently needed movement to respond to a compelling interest in favor of all the people.

The Calibishie native said that if elected, his first political statement would focus on youth empowerment, housing and wealth acquisition.

He adds that the TUD is committed to the ideology of the success of the people and the sense of Dominican collectivism by rejecting all forms of divisive extremism, radical attention and gutter politics.

According to Bruno, “the best and probably the only progressive path for our lovely people on our beautiful island, Dominica, is to unite”.

He noted that there must be a strong message of unity, a serious campaign and a solid strategy to carry out a people-oriented campaign.

“We are here with a message. We intend to offer a series of strategies that could be used to effectively execute this message. We are here to launch our campaign,” he said.

Bruno appealed to the Dominican electorate to take responsibility for the situation and challenge the leaders to do better for the people.

He suggested that instead of pointing fingers, the people should unite for the protection of the country.

“Let us heed the call to unity of our people and duty to the proud flag of our country and accompanying national emblems. We have to do it now because we have no time to waste,” Bruno pleaded.

He said that in the coming weeks, the party will travel far and wide across Dominica to meet people and present its mini-manifesto to members of the public.