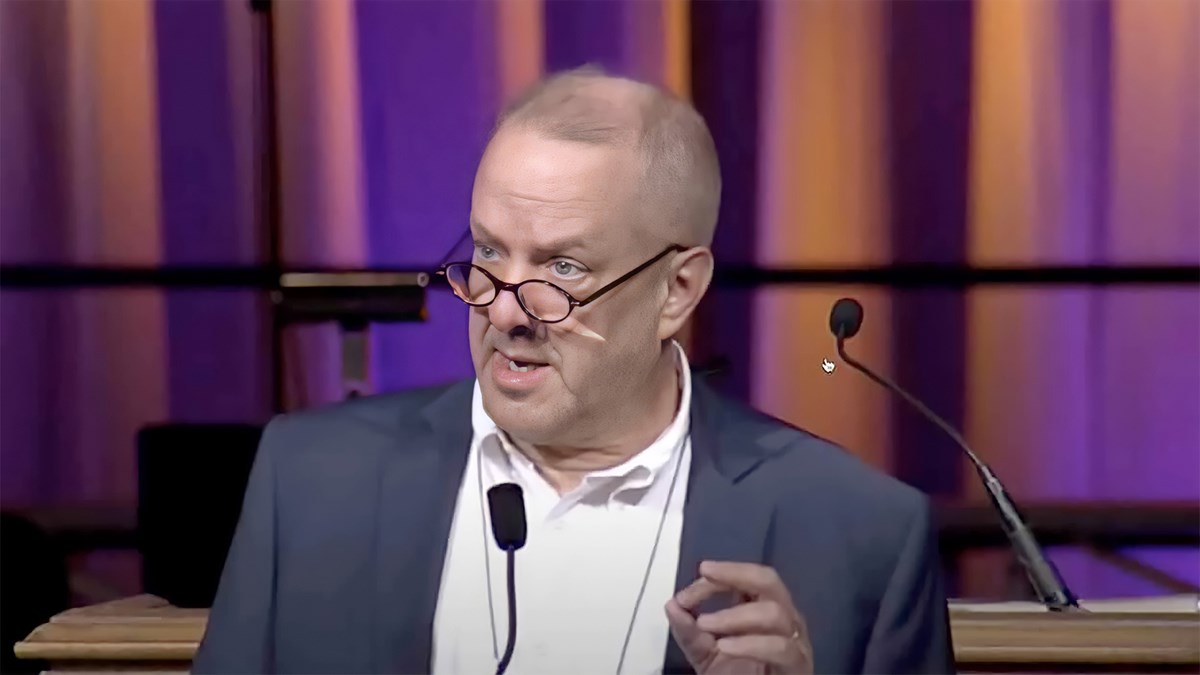 At its annual meeting on Wednesday, the Presbyterian Church in America voted to leave the National Association of Evangelicals (NAE), which it has been a part of since the denomination’s founding in 1974.

Former Presbyterians voting for the breakup cited the growing political advocacy of the NAE, which sometimes clashed with more conservative Presbyterian churches. Elders mentioned the NAE’s advocacy on climate change, immigration, the death penalty and COVID-19, among other issues.

Elders who wanted to stay with the NAE argued that the groups had a historical connection and that in a culture increasingly hostile to Christianity, churches of all denominations needed to work together on issues of common cause. The vote to leave was around 60 percent to 40 percent.

The NAE represents 39 denominations, from Vineyard churches to Pentecostal churches, as well as nonprofit organizations, schools and individual congregations. It was founded in 1942 in response to the National Council of Churches and the American Council of Christian Churches of Presbyterian fundamentalist Carl McIntire. Representing evangelicals in various spheres, he issues statements on policy issues, files Supreme Court briefs on church-related cases, and generally connects evangelical groups to work together.

“It’s a bit embarrassing,” David Coffin, a PCA pastor who backed the move, said of Kim as head of the NAE. A spokesperson for the NAE said the group does not comment on denominational decisions.

Roy Taylor, the former and declared PCA clerk, was strongly in favor of staying with the NAE, where he served as chairman of the board. He filed a protest against the vote, which he had never done before. At the PCA, filing a protest is like a Supreme Court justice dissenting from a majority opinion, explaining why a decision was wrong.

The PCA’s participation in the NAE has been controversial since its inception. In 1974, at the CPA’s second general assembly of its existence, a number of overtures (mostly legislative) required the new denomination to avoid any affiliation with ecumenical organizations. One overture called for the APC’s relationship with the NAE to end, which the fledgling denomination rejected.

After four hours of debate at its 1974 general assembly, “the assembly set the pattern which will undoubtedly become a general operational philosophy in all areas: Presbyterian and Reformed, open to cooperation with evangelical bodies, seeking in scripture for more light,” according to a 1974 report by PCA founder and Presbyterian Journal editor G. Aiken Taylor.

Taylor described the new denomination after this meeting as “a city open to the world rather than a community in need of the protection of massive walls labeled ‘Reform’.”

In the past, the denomination had considered two other moves to leave the NAE and rejected them.

The presbytery that proposed this opening to leave the NAE cited, among other things, the NAE’s advocacy for policy measures like the Fairness for All legislation, an attempt to compromise on gay rights and religious freedom. But many different issues have riled Presbyterians for decades, such as statements of cooperation with Muslims and Mormons, as well as a press conference that publicly berated Franklin Graham. But the NAE maintained politically conservative positions on a number of issues, such as abortion.

Those arguing for retention have pointed to the PCA’s outsized influence at the NAE as well as the historical ties between the groups. Rev. Ken McHeard, who is the chairman of the APC Committee of Commissioners for Inter-Church Relations, argued on the court that the APC, through the NAE, had brought “the influence, the most reformed outlook and leadership to our nation’s evangelical movement for the last time.” two decades.”

McHeard continued, “Now is not the time to break ranks with other Bible-believing churches who stand with us on most issues and can provide greater resources than ours to address character. sacredness of life, biblical racial reconciliation, … biblical marriage, and to provide the judicial expertise and legislative influence necessary to preserve each.

On the other hand, PCA pastor Carl Robbins, speaking in favor of leaving the NAE, called NAE membership “misplaced ecumenism” and said the PCA could join more like-minded groups like the International Conference of Reformed Churches.

“Those of us who wish to leave the NAE have no problem communing with non-like-minded Christians,” he said. “We all do this in our communities… What we have trouble with is other churches speaking for us.” Robbins added that the APC’s participation in the NAE violated the “Christian liberty” of churches that disagreed with the NAE, which he said is “generally a source of confusion or embarrassment. for most of us.”

Opponents also mentioned that annual dues to the NAE were $20,000.

Coffin, another prominent and longtime supporter of the decision to leave, said he understood the good motivations behind the arguments for staying in the NAE.

But he said his own opposition to being part of the NAE was rooted in the PCA’s general avoidance of specific political advocacy. The Westminster Confession of Faith, which the APC follows, says church councils should “not meddle in civil affairs”.

Coffin, for example, worked on the opening of the Potomac Presbytery on opposition to political violence, where craftsmen were careful not to make a specific political argument but to speak from a moral point of view on the importance of peacemaking.

“It’s not because my politics are different from the NAE, but it’s because the PCA doesn’t believe in general that the church has a proper role in strictly political matters,” Coffin said. But he acknowledged that the majority voting to leave the NAE likely contained his views as well as those who simply opposed the NAE’s policy positions.

How the Shiv Sena Works: First an Organization, Then a Political Party | Latest India News