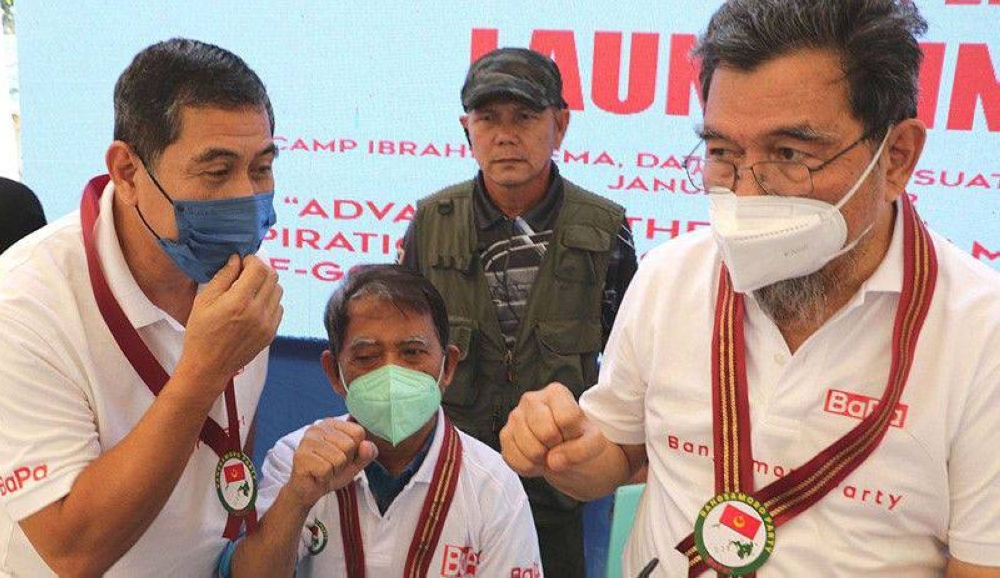 Still in the process of finalizing its peace agreement with the government of the Republic of the Philippines (GRP) since 1996, “the MNLF is now ready to engage in a peaceful and participatory policy,” according to Muslimin Sema, who heads a faction of the MNLF.

“We will now be active in a peaceful and participatory type of policy to advance our peace and development program in accordance with our peace agreement of September 2, 1996 with the national government,” Sema said.

The symbolic rite took place at Camp Ebrahim Sema of the MNLF in the municipality of Datu Odin Sinsuat, the scene of deadly clashes between MNLF guerrillas and government security forces in the 1970s until the early 1980s.

Among the senior MNLF officials who graced the activity were three Basilan members of the Interim Regional Parliament of the Bangsamoro Autonomous Region in Muslim Mindanao or BARRM – Hatimil Hassan, Muslimin Jakilan and Abdulmuhmin Mujahid, who is an Islamic theologian.

The MNLF reached a September 2, 1996 peace accord with the GRP negotiated by the Organization for Islamic Cooperation, a bloc of more than 50 Muslim countries, including the oil-exporting states of the Middle East.

â€œPrincipled politics is the most sensible way to foster peace, sustainable development and progress in Bangsamoro communities in Mindanao. We don’t need guns to show the world that we are a community fighting for an identity, a land, a race and a religion, “Sema, a thoroughbred Maguindanaon, said.

Sema, former mayor of Cotabato town for three terms, said BAPA will be their vehicle to achieve the peace and development goals of their now 25-year final peace pact with the national government.

Hassan, a member of the Yakan ethnicity, who is a senior member of the 80-seat BARMM parliament, said a lot needs to be done to achieve full implementation of the MNLF’s September 2, 1996 peace pact with the government. national.

He said they are optimistic that BAPA can accelerate the process through peaceful political activities aimed at increasing the dividends of the government’s peace agreement with the MNLF.