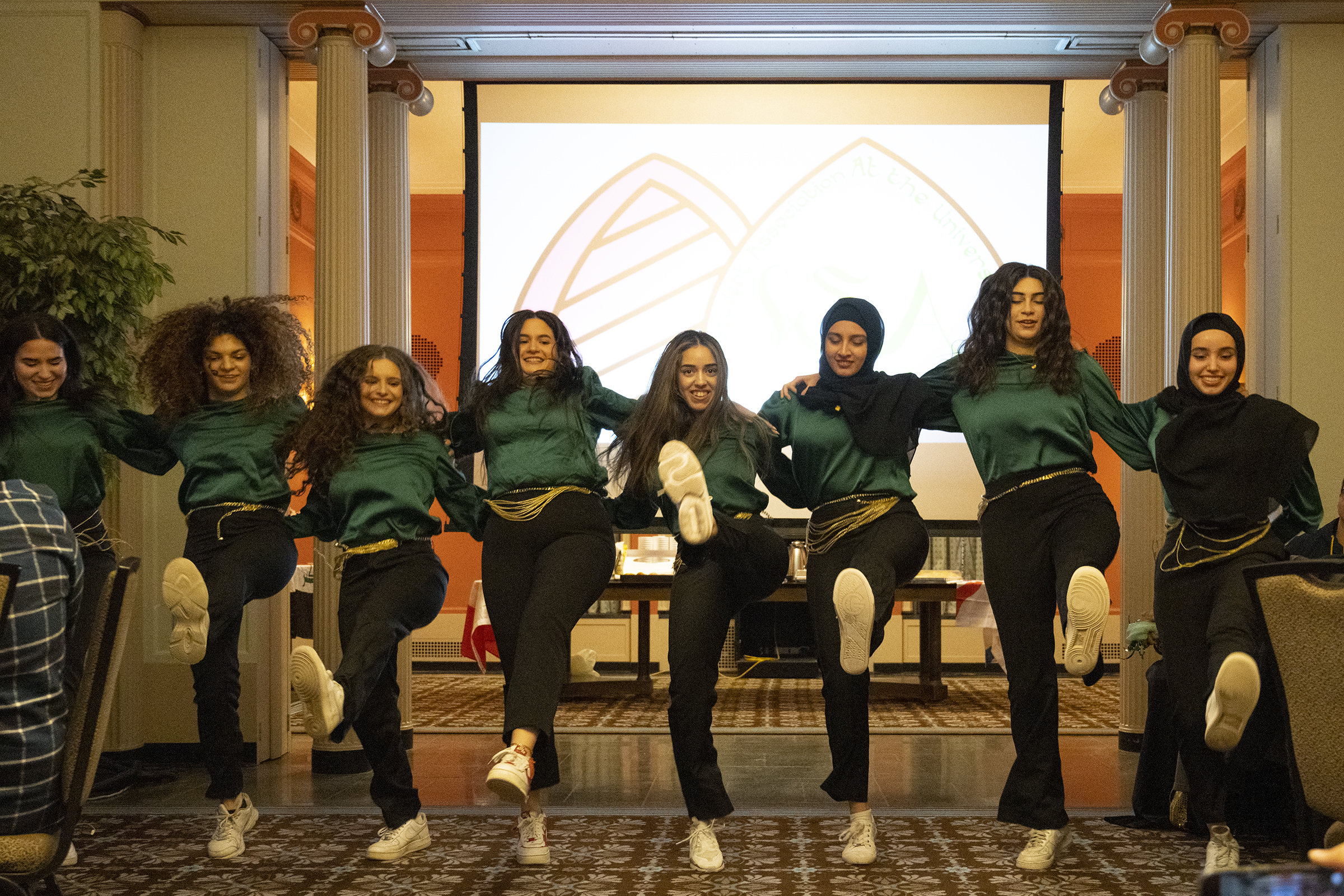 Light from the chandeliers in Rackham’s assembly hall reflected off the jeweled djellaba robes worn by members of the Association of Iraqi Students (ISA) as they held their third Chai & Chobi: Night on Wednesday. of Iraqi culture. More than 100 members of the campus community gathered at the event to explore Iraqi culture through food, dance and education.

After ISA members greeted attendees in English, Farsi, Chaldean, Hebrew, Turkish and Kurdish – which are some of the languages ​​spoken throughout Iraq – Public Health Officer Marwa Khalil, President of the ISA, stressed the importance of coming together to celebrate the country’s diversity. . Khalil said the media sometimes overshadows the beauty of Iraqi culture with political conflicts in the region.

“Tonight’s goal is to highlight the beauty of Iraq that so many current narratives fail to share,” Khalil said. “Iraq is so often seen as just a war zone…but it’s much more than that, and that’s what we want to show.”

Two years ago, ISA hosted the first Chai & Chobi party in Rackham’s boardroom with a small grant from the Barger Leadership Institute (BLI) – a student- and faculty-run organization within LSA that awards a funding for student projects that will benefit the campus community.

LSA Senior Diana Ramo, ISA Treasurer, was responsible for fundraising for the event and purchasing costumes, food and supplies. According to Ramo, BLI is no longer involved in the event, so she and other ISA members have been working to find other sources of funding. After attending the event in person in 2020, Ramo told the Michigan Daily that it was gratifying to come full circle and treat the campus community to Chai & Chobi again.

“I loved (Chai & Chobi) as a participant and so participating in the planning and dancing (performance) and everything was a really rewarding experience,” Ramo said.

شاي – pronounced “shay” and often transliterated as “chai” in English – is the Arabic word for tea. In Iraq, chai is often served at events and is one of the most important hot drinks in Iraqi culture. To commemorate this tradition, participants had the opportunity to drink Iraqi chai while tasting baklava, hummus and other handmade Iraqi dishes and pastries.

Business junior Daniella Sultani said she came to the event with friends to immerse herself in the sights, sounds and tastes of Iraqi culture.

“We wanted to try the delicious chai,” Sultani said. “Trying Iraqi sweets was super fun and…so was seeing all the culture, outfits and music come together.”

Sultani and LSA senior Hamsa Ezzi are also both members of the Arabesque Dance Troupe, a campus organization that has organized dance performances in conjunction with the ISA and other cultural organizations in the past. Although she knows some of the traditional Iraqi dances from her experience with Arabesque, Ezzi said watching ISA members dance at the event was a fun way to spend the evening.

“This is my first time attending a Chai & Chobi,” Ezzi said. “The performances were really exciting.”

According to Ramo, “Chobi” is the national dance of Iraq and is often performed at public events in the country. It is performed by a line or circle of dancers who hold hands while kicking in unison. At Wednesday’s event, ISA members performed the Chobi dance to a mix of Iraqi music.

During the show, the attendees started clapping along to the beat of the music, rhythmically uniting the crowd with the dancers. ISA artists then invited participants to join them on the dance floor and learn the Chobi dance.

LSA freshman Noor Alchalabi was one of the performers. After attending Iraqi cultural events with her older sister at UM Dearborn when she was in high school, Alchalabi said joining the ISA helped her find community on campus. Alchabi said she hopes after Wednesday’s event, others on campus will have felt the same sense of belonging drinking chai and dancing Chobi.

“I’m excited to drink chai and see more members of my community,” Alchalabi said. “I can’t wait to do Chobi with anyone who wants to do it.”