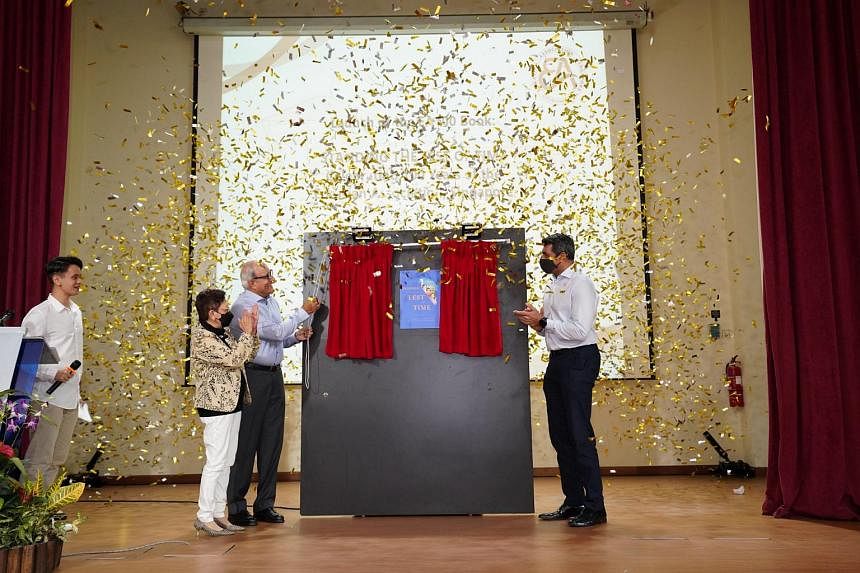 SINGAPORE – The Eurasian Association (EA) has launched a book to commemorate its 100th anniversary, which ended three years ago in 2019.

The book, titled Standing the Test Of Time, details the history of the association and how it has supported the Eurasian community in Singapore socially, financially and as guardians of its heritage.

The book was launched at an event held at the Eurasian Community House on Ceylon Road in Joo Chiat on May 28.

EA patron and former foreign minister George Yeo was present at the launch, where he said Singapore’s Eurasian community was the foundation of Singapore’s independence.

Mr Yeo, who represented Eurasians in Parliament from 1992 to 2011, added: “If we are not to be gradually subsumed by the ‘Others’ (as a race), we must continually improve ourselves and contribute to the well-being to be from Singapore. And be seen doing it.”

The EA has 6,700 members as of April this year, and the 2020 Singapore Population Census revealed that around 18,000 Eurasians live here.

The Eurasians of Singapore have a mixed European and Asian lineage. Most Eurasians here can trace the European part of their Portuguese, Dutch or British ancestry, with the Asian component usually being Chinese, Malay or Indian.

The book, which was published by Straits Times Press and written by journalists Melody Zaccheus and Janice Tai, begins by detailing the history of the community and the circumstances that led to the founding of EA in 1919.

Mostly English-speaking and Western-educated, Eurasians found themselves in a relatively privileged position in the early days of Singapore’s colonization, as they were allowed to hold relatively well-paying government jobs that other Asians could not. not, according to the book.

However, the 1870s saw a turning point for the community as the opening of the Suez Canal in Egypt facilitated the arrival of Europeans to fill these jobs.

This resulted in the formation of community groups intended to support the financial, social and political interests of members – including the organizations that eventually became the EA.

The book goes on to detail EA’s role in caring for Eurasians during World War II, its appeal to Eurasians to stay with nascent Singapore during independence when many considered leaving for other countries like Australia, and its transition to an official ethnic self. – self-help group in 1994.

EA President Sandra Theseira said she hoped the book would show Eurasians and the wider Singaporean community how the association has contributed to society over the past 100 years.

She said: “I’m sure EA will continue to stand firm in its unwavering focus in the years to come to help not only our own community, but also to work with Singapore’s other ethnic communities to strengthen our multicultural identity. unique.”

The book is on sale for $50 at the Eurasian Community House or online at EA’s website, and is also available as a free e-book there.