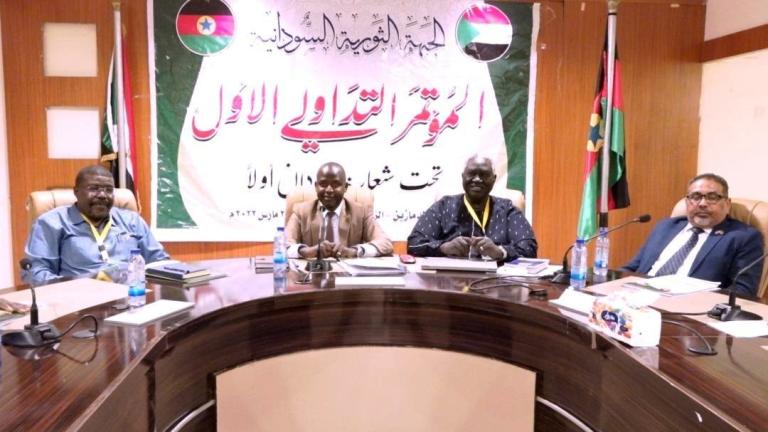 September 09, 2022 (KHARTOUM)- The leader of the Sudanese Revolutionary Front (SRF), al-Hadi Idriss, has expressed his support for the draft transitional constitution proposed by the steering committee of the Bar Association.

In statements to Sudan Tribune on Thursday, Idriss praised the efforts made by Sudanese lawyers to draft a legal text document to govern the transition in Sudan.

He described it as a “significant step” towards the end of the constitutional crisis, pointing out that the bar association has offered a solid foundation on which to build.

However, he recommends reaching out to other political forces that did not take part in the process.

“It is important to consider their contribution in order to pave the way for a national agreement,” he stressed.

At a briefing on Wednesday, the Bar Association announced the main points of the draft constitutional declaration, which includes 12 chapters and 76 articles.

The text talks about the formation of a civilian government and a civilian-led National Security and Defense Council.

The Sudanese lawyer consulted the non-signatory movements, the SPLM-N of Abdel Aziz al-Hilu and the SLM led by Abdel-Wahid Nur. Also, the Bar has involved Sudanese and international experts in the preparation of this draft declaration.

Ambassadors from the United States, Saudi Arabia and Britain attended the presentation of the transitional constitution, which has the support of the Forces for Freedom and Change (FFC).

The two other armed groups, the SLM led by Minni Minnawi and the JEM of Gibril Ibrahim and their allies have drafted a separate constitutional declaration calling for the military component to be associated with the transition.