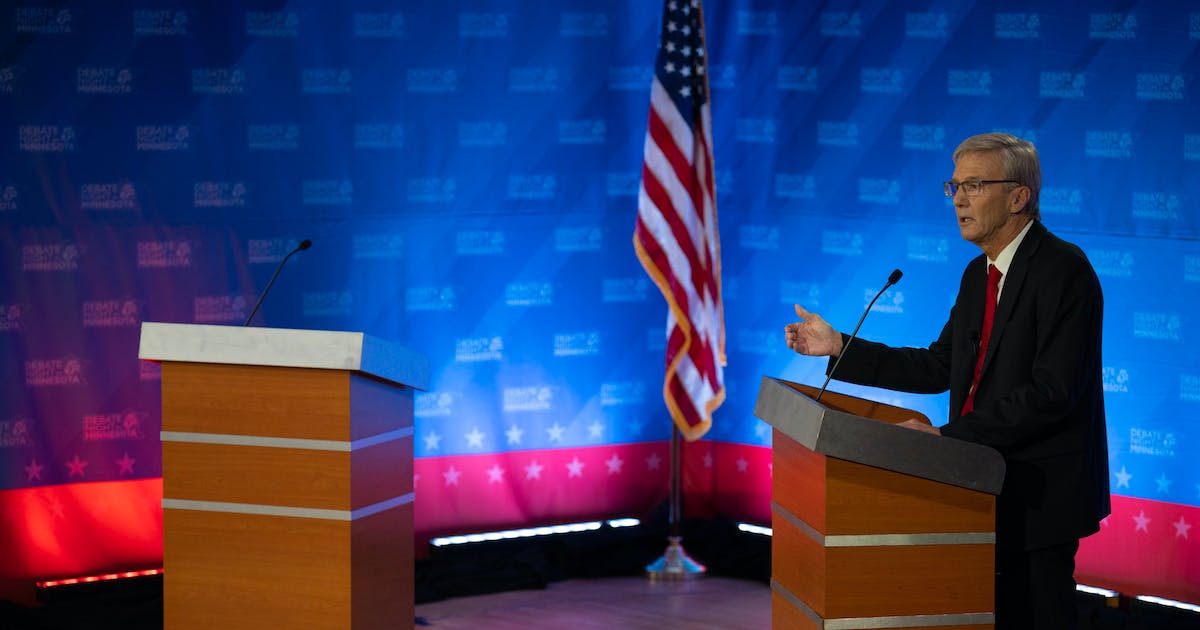 Republican Scott Jensen’s bid for Minnesota governor gets a last-minute boost from the National Association of Republican Governors, which is spending money to support him and sending Iowa Governor Kim Reynolds here to rally around him.

On Tuesday, the Republican Governors Association (RGA) donated $750,000 to the Heal Minnesota political committee. Heal Minnesota has already run a few ads attacking Walz for felony in the state.

In his latest announcement, which was funded with RGA money and aired Thursday, Heal Minnesota falsely claimed that Walz was “pushing to defund our police.” Walz took issue with the failed 2021 ballot measure to replace the Minneapolis Police Department with a new public safety agency.

Reynolds will reunite with Jensen and his running mate, Matt Birk, Monday night at the American Legion in Golden Valley.

With just over a week to go until Election Day, Minnesota is attracting last-minute attention from National Republicans in hopes that the state’s GOP party can flip seats in Congress, the state legislature and major state offices.

Jensen was also endorsed by former President Donald Trump last week. In a post on his Truth Social account, Trump praised Jensen as someone who will “bring Minnesota back from the brink.” Trump also endorsed GOP Minnesota Secretary of State Kim Crockett.

The Boulder County Republicans political organization has expressed concern about the insufficient number of Republican election judges to work in the various voting centers in Boulder County. The county disputes the claim.