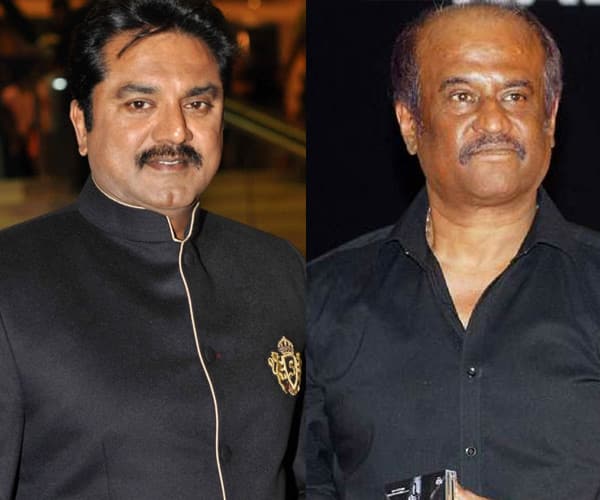 R Sarathkumar criticizes Rajinikanth for his political stance, then retracts

Actor-politician Sarath Kumar said his recent comments about his friend and superstar Rajinikanth had been “misinterpreted”. Also Read – Bollywood Vs Hollywood Vs Kollywood: Akshay Kumar’s Sooryavanshi To Face Off With CES Big Two During Diwali Weekend At Box Office

Speaking on Sunday during the Thuglak magazine anniversary celebrations of his friend, actor and political analyst Cho Ramaswamy, Rajinikanth said: “An unusual political situation prevails in the country now and I would like Cho to be with us.” Rajinikanth’s statement has already created an uproar in the political circuit. Read also – From Allu Arjun to Thalapathy Vijay: 9 actors from the south who married their first love

When reporters asked Sarath Kumar for comment on Rajinikanth’s statement, he said, â€œEven though Rajinikanth is a dear friend, a superstar and a very good human being, we cannot take his opinion seriously. He will comment every time. whenever he wants. Anyone who works for the state and understands Tamil culture is allowed to comment on the political situation. ” Also Read – Trending South News Today: Samantha Ruth Prabhu’s Cryptic Message Amid Divorce Rumors With Naga Chaitanya; THIS person disclosed Aishwarya Rai Bachchan’s photo and Ponniyin Selvan’s Trisha Krishnan song

Even though Sarath Kumar’s comment angered Rajinikanth fans on social media, in his defense he tweeted: â€œI think that an interview given, the facts need to be released, and those who attended reported complaints. facts and those who did not misinterpret. “

After Sarakumar’s comment yesterday, Thalaiva fans got angry with social media. Memes were thrown at him, ridiculing the star. in fact, effigies of the star were also said to have been burned. R Sarathkumar is a Tamil actor who has appeared in around 130 films in several languages. He was president of the Nadigar Sangam (South Indian Artists Association) from 2006 to 2015. Last year, the actor and Radha Rvai were expelled from the Association for corruption.