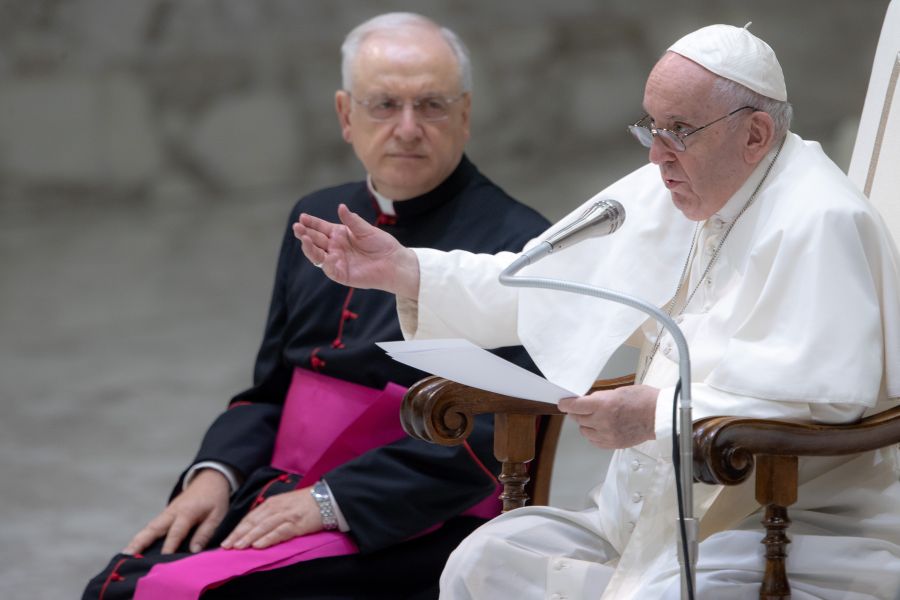 VATICAN CITY — The Holy See has said Pope Francis’ recent comments about a car bombing that killed the daughter of an ally of Russian President Vladimir Putin should not be interpreted as a “political stance.”

In a statement released on August 30, the Vatican also called the Russian-Ukrainian conflict a “full-scale war in Ukraine, initiated by the Russian Federation.”

He was also reprimanded by Ukraine’s ambassador to the Vatican last week for his characterization of the August 20 death of Darya Dugina, a 29-year-old journalist and political commentator known for supporting the invasion of Ukraine. by Russia.

Dugina was the daughter of Aleksandr Dugin, a Russian political thinker considered close to Putin.

The unsigned communication from the Holy See says Pope Francis gave “numerous speeches” on the war in Ukraine “mainly aimed at inviting pastors and the faithful to prayer, and all people of good will to solidarity. and efforts to rebuild peace”.

“It is reiterated that the words of the Holy Father on this tragic issue should be read as a raised voice in defense of human life and the values ​​attached to it, and not as a political position,” said the Holy See.

“I think of that poor girl who was blown up by a bomb under her car seat in Moscow. The innocent pay for war, the innocent! Let us reflect on this reality and say to ourselves: war is madness,” Francis said at the end of his general audience.

Ukraine’s Ambassador to the Holy See, Andrii Yurash, criticized Francis’ remarks on Twitter, writing that the speech “was disappointing” and confused the categories of “aggressor and victim.”

According to the statement of the Holy See, “on more than one occasion, as well as in recent days, public discussions have arisen on the political significance to be attached to [Pope Francis’] speech” on the war in Ukraine.

“As for the large-scale war in Ukraine, initiated by the Russian Federation, the speeches of the Holy Father Francis are clear and unambiguous in condemning it as morally unjust, unacceptable, barbaric, senseless, repugnant and sacrilegious”, continues the communicated.

The most recent mention of Ukraine by Pope Francis dates back to his August 28 trip to the central Italian city of L’Aquila.

After leading the Angelus, he said: “Let us pray for the people of Ukraine and for all those who are suffering because of the war. May the God of peace revive a human and Christian sense of pity and mercy in the hearts of the rulers of the nations. Mary, Mother of Mercy and Queen of Peace, pray for us.