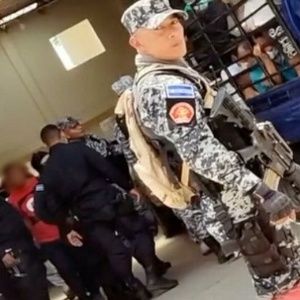 Salvadoran President Nayib Bukele has revealed via a Twitter message a plan backed by the Organization of American States (OAS) to turn Salvadoran gangs into a political party.

“Intelligence documents show the whole plan, in order to lead to a fake second peace negotiation and turn the gangs into a political party. The OAS agreed,” Bukele sent on Sunday.

The Salvadoran president also clarified that documents containing the plan were seized, whose ultimate goal, after the terrorist groups became guerrillas, was to force peace negotiations to turn it into a political party.

The United States has an important role in the creation of the MS-13. It’s something that continues to be buried every time Trump calls them “animals.” Here is my last for @ajplus: pic.twitter.com/aZP7Xobupm


“The gangs did not imagine that we already knew they would try to evolve into a guerrilla. [That’s why they received military training at the shooting ranges, that’s why they were given weapons,” Bukele said.

Since 2019, vehicles and equipment were requested to wage a rural war, but the funds to acquire them were not approved until the current Legislative Assembly arrived, the president added.


Gang arrests are increasingly taking place in clandestine camps in rural areas. It is clear that the gangs are trying to evolve into a guerrilla, since it is impossible for them to confront our agents and our troops in urban areas.

As part of the war against gangs, the National Civil Police and the Salvadoran Army have dismantled around 100 clandestine camps in recent weeks, in which, in addition to making arrests, they have seized weapons, drugs and extortion money, according to official information.

This is not the first time Bukele has criticized the OAS. On Friday, he labeled the regional body as a “ministry of colonies” of the United States and assured that the mechanism no longer has “reason to exist”

Previously, the head of state ordered to break an agreement with the OAS to fight corruption through the International Commission Against Impunity in El Salvador (CICIES).