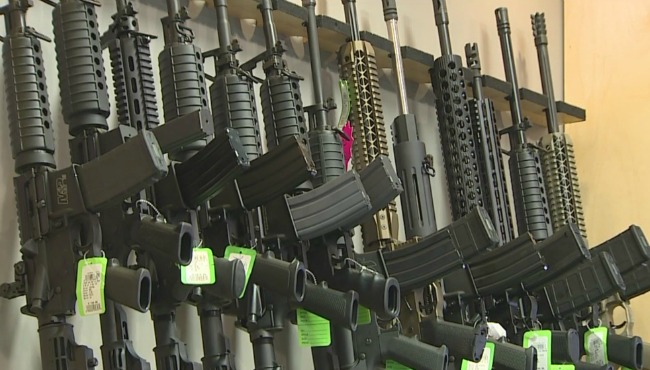 An 18-year-old gunman used an AR-style rifle to kill 19 children and two teachers in an elementary school shooting in Uvalde, Texas.

In South Dakota, guns have been a way of life since the inception of the state, and the state has a rich hunting history. Governor Kristi Noem recently called the state a “2nd Amendment sanctuary” in reference to the constitutional right to bear arms.

This gun sanctuary is reflected in the support and donations of gun rights organizations like the National Rifle Association.

The NRA says an A+ rating is given to “a lawmaker with not only an excellent voting record on all critical NRA issues, but who has also made a vigorous effort to promote and defend the Second Amendment.”

According to the Federal Elections Committee website, the NRAPVF paid $1,000 to the Senate Republican Campaign Committee on April 12. He also donated $500 to the SD House GOP PAC in July 2021.

The April 2022 FEC quarterly reports for Thune and Johnson do not include any donations attributed to the NRA or NRA PVF.

According to OpenSecrets.org, Thune received $5,945 and Johnson received $2,000 in contributions from PACs and individuals giving $200 or more related to the issue of gun rights during the 2021-2022 election cycle.

Noem’s most recent campaign finance disclosure to the Secretary of State’s office is 197 pages long. There is no direct link to NRA funding.

According to BradyUnited.org, Thune received $638,942 in donations from the NRA, while Sen. Mike Rounds totaled $95,049. Brady United is an organization that focuses on gun violence and is named after Jim Brady, Ronald Reagan’s press secretary who was crippled by a gunshot wound in an assassination attempt on Reagan.

On the other side of the issue, Everytown for Gun Safety Action Fund has spent money against pro-gun candidates.

According to the FEC, the Everytown for Gun Safety Action Fund spent $861 to oppose Thune in the 2022 U.S. Senate race in South Dakota.