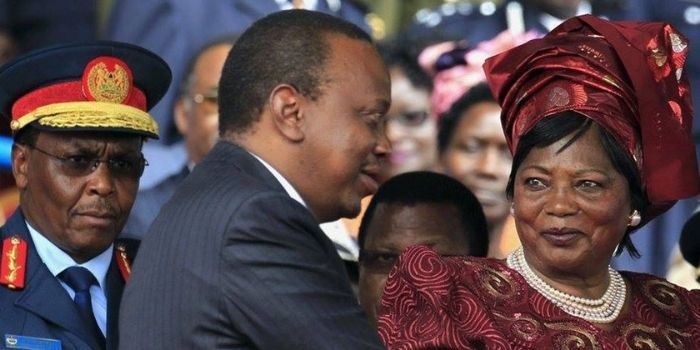 Speaking at a funeral in Gatundu, Kiambu County on Tuesday, March 22, the former first lady alleged that the vice president ran away from office, leading to a fallout between him and the Head of State, further asking the people of the Mount Kenya region to follow the direction in which he (Uhuru) led them.

“He (President Uhuru Kenyatta) had no ill will, but if your junior disrespects you, you don’t bother, you just keep going. The direction he shows you, follow it,” he said. she asked.

Mama Ngina also lashed out at critics of Uhuru’s leadership style, noting that he always has the interests of the country and the people at heart. She lambasted the critics, attributing their attacks on the head of state to poor education.

“Depending on how one is brought up, that’s exactly the same behavior they will have with them. If you haven’t been taught to insult people, then you won’t. I mean those who indulge at insults that we will leave them like that, if they were ever taught insults growing up, it’s up to them, ”she noted.

The former First Lady also defended Uhuru’s decision to back Orange Democratic Movement (ODM) party leader Raila Odinga in the race to succeed him in the upcoming polls.

She urged Kenyans to follow in the footsteps of the president, whose aim is to lead the country on an upward trajectory.

“Let’s try to love each other, this country is ours and we must strive to move it forward. Your leader cannot show you the wrong way,” she stressed.

“Let me tell you, you should know that the person sitting under a tree is the one who knows what the insects around him are eating.”

This is the first time the former first lady has spoken out in public to make her political stance on succession policy known.

An image of ODM leader Raila Odinga and President Uhuru Kenyatta at the Azimio NDC on March 12, 2022.