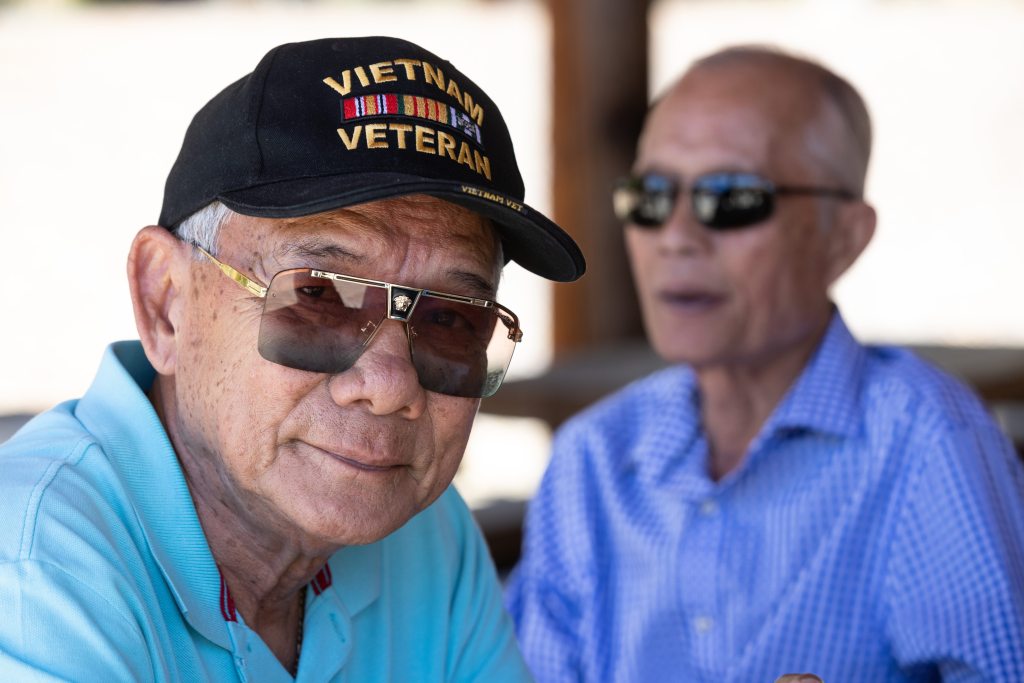 Hundreds of local Vietnamese-Americans stood in the glorious sunshine at San Jose’s Lake Cunningham Park on Sunday, the first time the local group – which has been meeting in decades – has had the chance to see each other face to face since the pandemic has started.

The gathering of the Quảng Ngãi Association, made up of Vietnamese residents who fled their country of origin at the end of the war in 1975, was all smiles. Longtime members stood side by side with young children, generations that have put down deep roots in the Bay Area.

“It’s very important,” said Douglas Nguyen, one of the event organizers and a member of the Association, of the community being seen. “We have to sit down together. And say hello. And see how many people are still there.

The association, made up of former residents of the central province of Quảng Ngãi, includes those who fled the country when Saigon fell to the Communists.

The refugees, known as “boat people”, have settled in several cities across the United States, including San Jose, after escaping brutal persecution. Although decades have passed since their arrival in the United States, members of the Quảng Ngãi Association continue to fly the “Vietnamese flag of heritage and freedom”, the flag of South Vietnam – and sing the country’s anthem with the stars and stripes.

In addition to socializing each year, the group also takes the opportunity to help raise funds for Vietnamese students in the United States and in their home country. This year, a combined total of 125 students will receive scholarships, Nguyen said.

Today, the Association is a reflection of the greater expansion of the Vietnamese community in the South Bay. Santa Clara County is home to 140,000 Vietnamese-Americans, according to statistics provided by the county, and the community has contributed to a thriving culinary and cultural scene with Little Saigon in East San Jose as its epicenter.

Some at the Sunday festival spent the day thinking about the political oppression they left behind in Vietnam.

Sunny Dang, who lives with his family in Pittsburgh and escaped the country in 1981, said his trip to the United States was difficult and included a week-long jaunt in a 20ft boat filled with 30 people , eventually landing in San Francisco. On Sunday, he came to his first Association gathering and brought his 14-year-old son, Danny.

Dang said the community should continue to hope that Vietnam will one day become a free country.

“All small groups can come together to do something bigger,” he said. “And I hope the government will change. Only freedom will last. But dictators won’t.