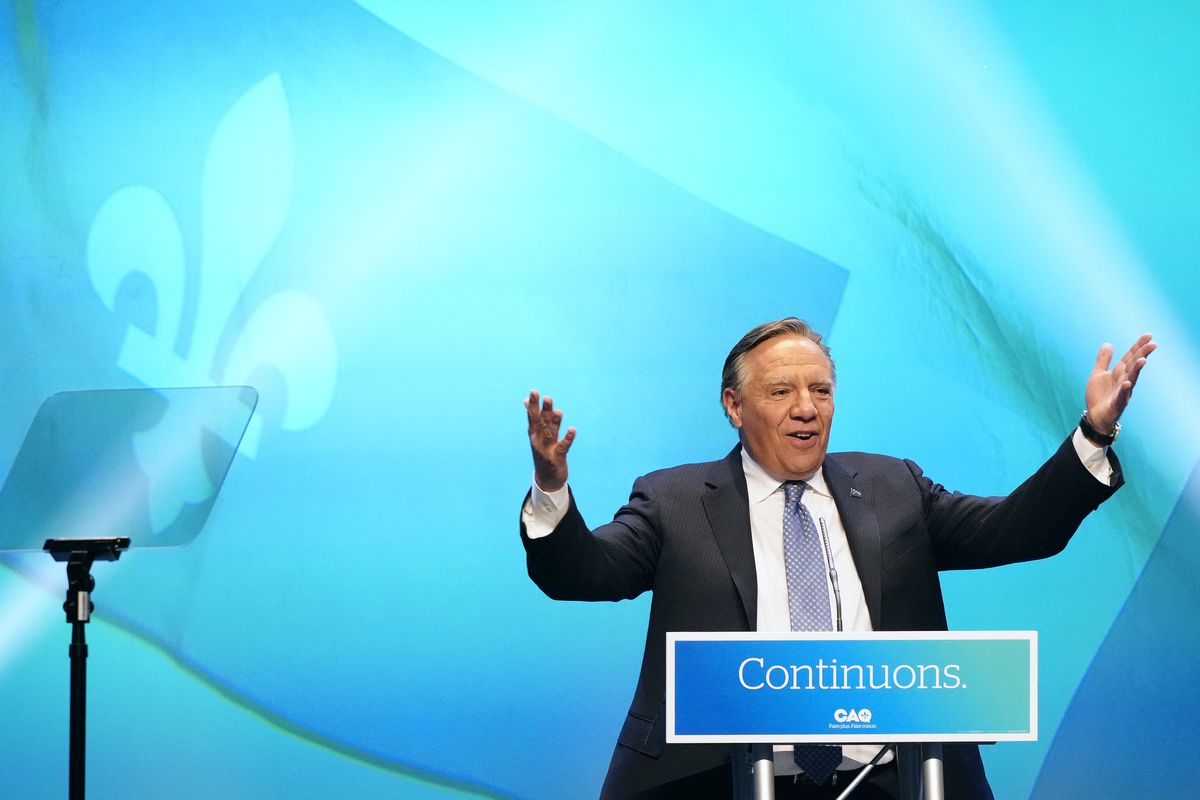 Letters to the Editor: “Quebec’s association with Canada continues to be lucrative – all those federal transfers. François Legault’s plans for Quebec, plus more letters to the editor for October 6

Re The divisive prime minister of all Quebecers (editorial, Oct. 5): While most people are happy that the Coalition Avenir Québec avoided Quebec independence, it is certainly obvious that the party adopted the platform- René Lévesque’s form of “sovereignty-association” as its objective.

François Legault passed a law that effectively distinguishes Quebec from the rest of the country on religious symbols, language, etc. In his second term, he has his sights set on immigration policy. I don’t think he sees the need to campaign for sovereignty because he is slowly getting there within the Canadian federation.

So why not go all out? Quebec’s association with Canada continues to be lucrative – all those federal transfers. Of course, Mr. Legault insists that they be unconditional.

Re The Quebec election offers further proof of the failure of our electoral system (October 5): In New Brunswick in 1987 and Prince Edward Island in 1935, first-past-the-post elections gave place in unopposed legislatures and all seats held by a party. Why are we still stuck with such an undemocratic electoral system?

The main parties know that they can form a government, even a majority, which is not supported by the majority of the voters. In 2015, the Liberals promised to reform our electoral system, but they have since backtracked. They knew how to govern, even when the conservatives obtained a plurality of votes.

I think Andrew Coyne is right when he asks, “Why the hell aren’t we fixing this?”

Yet leaders like Danielle Smith and Pierre Poilievre have also pursued political polarization to improve their electoral prospects. It can be said that they bear a greater responsibility.

The Omicron variant is harder to control. But vaccines still offer valuable protection against its worst effects and provide relief to our beleaguered healthcare system.

If a deadlier variant were to emerge in the future, partisan opposition to various public health measures would exact a heavy toll.

For example, a supporter of Danielle Smith chose not to be vaccinated and this caused problems with her family. But is it Justin Trudeau’s fault?

To me, that doesn’t sound like an independent, freedom-loving Albertan – more like someone who doesn’t take responsibility for her own actions.

Regarding the improved compensation model in the agreement for physicians (October 3): Dr. Rita McCracken points to the long-standing blockage to a more functional model of family medicine in British Columbia: Doctors of BC, formerly the British Columbia Medical Association.

Having spent decades in family medicine, it has been obvious to me for decades that the fee-for-service model cannot be sustained by government resources or by the practitioners themselves. No increase in fees can meet the needs of a burnt-out physician struggling with more complex care, increased paperwork, small business challenges and no locum in sight. Worse still, overwhelmed physicians feel unable to do their best for their patients.

We should move to a healthier team-based primary care model in BC to support and support our great family physicians.

Wage Cap Bill Could Save Province $9.7 Billion (Sept. 29): I recently had hip surgery at North York General Hospital in Toronto. The overall support, from registration to exit, was excellent.

I was particularly impressed with the nursing staff. Despite being obviously overwhelmed and under a lot of pressure, everyone attended to my needs and the needs of four other patients in my area in a timely and friendly manner.

Ontario should take better care of its nurses by doing all it can to encourage experienced nurses to stay and new candidates to enter the profession. It should be imperative that the government repeal Bill 124.

Nurses should be properly compensated for their work. Without them, our healthcare system will continue to crumble.

Canada’s declining health care system needs more than small changes to stay afloat (October 4): As a longtime family physician and emergency physician, former CEO of the College of Family Physicians of Canada and As a member of groups that have met with governments to address health system challenges, I have repeatedly experienced frustration over insufficient action to correct what is wrong.

Among many examples, the need to improve long-term and home care services, to relieve pressure on acute care hospitals and emergency rooms, has never been sufficiently considered. Team-based primary care and alternative payment plans were introduced, but quickly became complicated with disincentives or abandoned before they could prove their worth.

If a patient with a progressively debilitating disease is only partially treated with the necessary drugs, the outcome will be bad. Treating a struggling health care system with the same inadequate approach will produce the same unacceptable result.

It is time, as columnist André Picard writes, to stop fiddling around the edges.

If you build it

Pickering Generating Station Life Extension Too Risky: Critics (September 30): My old thermodynamics professor always said it’s easy to tear down a nuclear power plant, but extremely difficult to build one. Could there be a lesson in what his life of study has taught him?

Canadian 1972 Summits Series team honored in Toronto (Sports, Sept. 29): Amid all the hype surrounding the 50th anniversary of the Summits Series, my comments are unlikely to be much appreciated. Canada’s victory should be marked with an asterisk.

I cite the oft-forgotten fact that Bobby Clarke, with a vicious slash, broke the ankle of the Soviet Union’s top player, Valery Kharlamov, earlier in the series. It was not a proud moment for Canada or for hockey, demonstrating a lack of sportsmanship and mutual respect that still plagues the sport today.

What would have been the result if the Soviets had inflicted a similar injury on Phil Esposito?

Letters to the editor must be exclusive to The Globe and Mail. Include your name, address and daytime phone number. Try to limit letters to less than 150 words. Letters may be edited for length and clarity. To send a letter by e-mail, click here: [email protected]