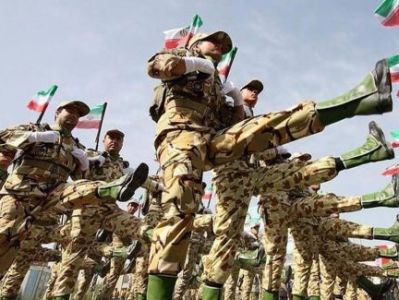 Iran has risen to the level of NATO countries militarily and technically, as well as tactically on the Lebanese, Palestinian, Syrian and Iraqi fronts, Iranian expert Nver Davtyan told NEWS.am.

In this regard, he noted that the Iranian military has gained sufficient successful experience, especially in Syria. The development of the Iranian armed forces continues: weapons similar to those used in the West are created, including missiles and drones.

In its assessment, it proves that Iran’s military-technical capabilities and political position in Armenia coincide. Davtyan added that Iran’s position at the diplomatic and military levels is related to the unacceptability of changing Armenia’s borders.

“It is also important that the Armenian military and political elite be ready to really assess Iran’s capabilities in terms of strengthening our ability to protect our settlements and combat positions, ensuring the security of the airspace “, underlined the expert.

He recalled that Iran does not want to allow the United States to strengthen its influence in the region by including Washington in the solution of regional problems. “It is better for the IRI to have Russia here than the United States. The Americans, in turn, do not want to increase Tehran’s influence either,” the Iranian expert concluded.