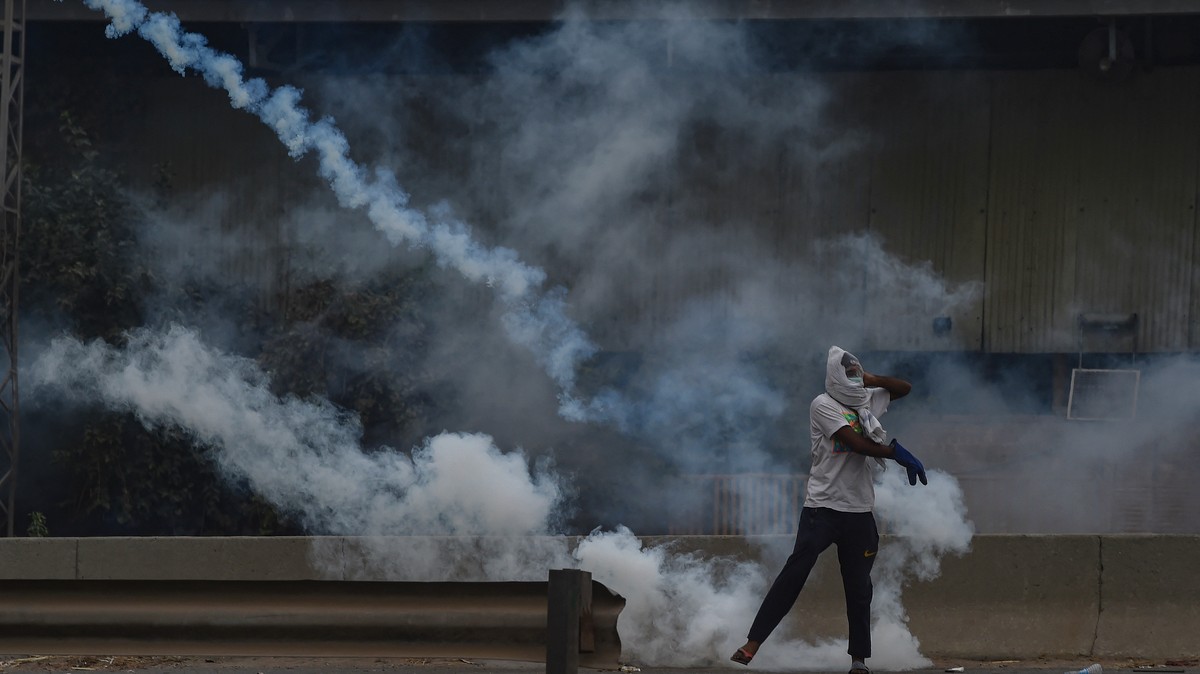 How this extremist political party was banned and then de-banned

A hard-line religious political party that was banned earlier this year as an extremist group has regained its legitimacy, as the Pakistani government bowed to pressure from the group’s protesters demanding the release of their jailed leader, demonstrating the extent of the influence of the group in the Muslim-majority country.

After weeklong protests that led to violent clashes that left 11 dead and more than 250 injured in the capital Islamabad, the extremist political group Tehreek-e-Labbaik Pakistan (TLP) found itself in good standing with the government.

The country’s interior ministry lifted the ban after the group reached a deal with the state. Under the deal, the government would release more than 2,000 imprisoned TLP activists and allowed the group, a registered political party in the country, to run in the next election. Around 1,000 TLP activists have been released so far.

Recent protests have taken place against the arrest of party leader Saad Rizvi. His name was recently taken off the country’s terrorism watch list, paving the way for his imminent release. The names of 54 TLP activists were also removed from the list.

The latest deal is the seventh in a long series of settlements between the state and the hardline Islamist group TLP, which has grown into a powerful political force over the years.

“Since the creation of the TLP, the Pakistani state has procrastinated in front of the group and appeased it, never countering it ideologically,” Madiha Afzal, foreign policy researcher at the Brookings Institute, told VICE World News.

The hard-line religious party, which subscribes to Barelvi Sunni Islamic doctrine, firmly defends Pakistan’s controversial blasphemy laws and the “end of Prophet Muhammad’s prophecy” – which impacts the religious freedom of some minority groups.

â€œSince blasphemy is a burning issue and is instituted by Pakistani laws, the state appears to be fearful of attacking the TLP. And the TLP understands that and the fact that it has the power of the streets, and ruthlessly uses it to its advantage to gain traction whenever it protests, â€Afzal said.

Despite being a newcomer to the elections in 2018, the group secured over 2 million votes and positioned themselves as Pakistan’s fifth political party.

During recent protests, the group re-launched its long-standing demand to expel the French envoy. In October 2020, the defense by French President Emmanuel Macron of the reissue of the cartoons of the Prophet Muhammad by the satirical magazine Charlie hebdo sparked widespread anger among party supporters, who viewed the representations as blasphemous. According to Pakistani Interior Minister Sheikh Rasheed, Saad Rizvi has agreed to withdraw TLP’s demands for the ambassador’s expulsion.

On October 22, TLP protesters began their “long march” from Lahore, in the northeast, to Islamabad. The paramilitary rangers were ordered to stop their advance. Sudden collisions with police forces left at least seven police officers and four protesters dead, while more than 250 people were injured. On October 31, the body of a policeman was found in a field in the city of Wazirabad. Police said the deceased was abducted and tortured by TLP activists.

The TLP was officially banned in April under the country’s counterterrorism laws after launching a series of anti-France protests. Rizvi was arrested for allegedly instigating his supporters to demand the expulsion of the French ambassador. However, the Lahore High Court ruled Rizvi’s detention illegal.

The TLP was formed in 2015 by the religious Khadim Rizvi. The group enjoys significant support on the streets, with thousands of adherents among the country’s large Barelvi population of over 50 percent. In 2018, under the leadership of Khadim Rizvi, the TLP staged protests against the Supreme Court’s decision to drop charges against a Christian woman, Aasia Bibi, who had previously been convicted of blasphemy and sentenced to death.

The protests were called off after the TLP secured an agreement with the government to put Bibi on an exit checklist. That same year, the government bowed to TLP pressure and removed economist Atif Mian from its economic advisory board because of his Islamic faith in Ahmadiyya. The TLP views Pakistan’s widely persecuted Ahmadi minority as non-Muslim.

â€œIt was the charisma he had, although a lot of people might not like my use of the term. He had great oratory skills and had a perfect command of the religious texts he cited. He could really hold a hearing, “lawyer and politician Jibran Nasir told VICE World News.

After the death of Khadim Rizvi in â€‹â€‹November last year, his son Saad Rizvi took over the leadership of the party. Although some experts expected his father’s death to diminish support for the party, the arbitrary detention of young Rizvi had the opposite effect.

“A very simple way to create a larger than life figure or to make a personality enigmatic when it is not necessary is to detain them, to hide them from the public eye,” Nasir said.

The decision of Prime Minister Imran Khan’s ruling party to lift the TLP ban and the party’s handling of recent protests have been widely criticized by journalists, political opponents and civil society groups.

â€œI have rarely seen anything as badly managed as this. I think the term â€œhandleâ€ is maybe too big for that, because it involves a certain degree of thoughtfulness, a certain degree of skill and a certain degree of coordination. And it was clear that none of those three were ever in operation in this particular fiasco, â€journalist and current affairs analyst Zarrar Khuhro told VICE World News.

“If it was some kind of bet, then did they have to use innocent lives for poker chips?” I think it was shameful and, what is even more frightening, it shows the outright absence of stable thinking within this government. It’s a joke. ”

For police officers who have suffered the brunt of the hard-line group’s attacks, the government’s deal with the TLP was viewed with demoralized anger.

â€œA lot of police feel like we’re the ones who end up getting killed, and then deals like this get signed, and we’re not even taken as stakeholders. This is the second recent deal with the TLP this year and both times our young men have been martyred, â€a police officer who requested anonymity for security reasons told VICE World News. â€œThis government will do nothing for you. At this rate, if you’re on duty, you should just run and save your life. ”