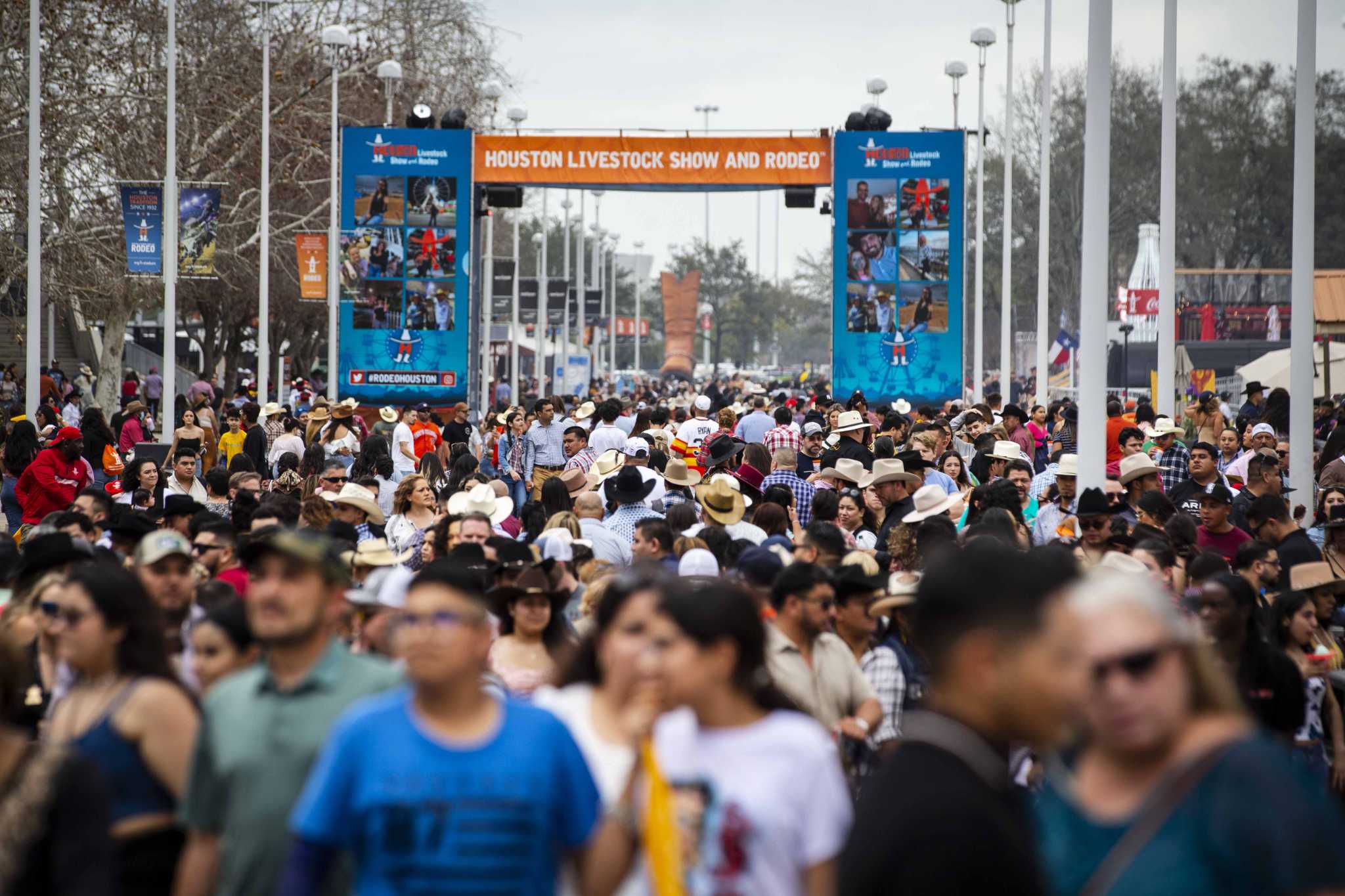 Sandra Puente usually skims through the daily emails that RodeoHouston managers send to volunteers to prepare for her next shift. But on Tuesday, she was glad to have read one particular email cover to cover.

It was a reminder from the nonprofit organization’s policy makers banning political and discriminatory practices after it received complaints about “Let’s Go Brandon” messages posted by some volunteers.

Puente shared a screenshot of the email message with the Chronicle.

“We have received complaints from other committee members regarding Show reps wearing ‘Let’s Go Brandon’ and other clothing and lanyard messages,” the post read.

“These political posts are not permitted under our policies.”

The phrase “Let’s Go Brandon” began when race car driver Brandon Brown won his first NASCAR Xfinity Series race and was interviewed by NBC reporter Kelli Stavast. In the background, some in the crowd chanted a vulgar anti-Biden message, but Stavast said the crowd chanted “Let’s go, Brandon!” on his show.

While it’s unclear whether Stavast misheard the crowd’s actual words or deliberately tried to change the message, the phrase caught wind in right-wing conservative circles and then made its way onto the floor. from the home of a Florida Republican.

Puente recalls someone handing out stickers with the divisive message during the Rodeo’s Jr. Cook-off contest held opening weekend, but didn’t complain because she didn’t know if it was a volunteer or a member of the public.

However, if she sees it happening again, she plans to report it directly to her club president.

“I’m glad they said something,” said Puente, who has been a volunteer for 10 years and is a member of the corral club committee.

Even as a grassroots Democratic Party activist who has worked in politics for candidates and elected officials, Puente said Rodeo is neither the time nor the place for politics.

“I don’t want to talk about it when I don’t,” she said. “I just want to do rodeo stuff, that’s the one time not to think about it. We don’t want anyone to spoil our fun.”

A Rodeo spokesperson confirmed in an email to the Chronicle that the message was sent to its 35,000 volunteers on Tuesday reminding them of its policy, which states its status as a non-profit organization prohibited from engaging in political activity.

“Merchandise and apparel must be appropriate for audiences of all ages, races, and ethnicities, and may not consist of material that could detract from the overall character of the rodeo. Any violation of this policy will be reviewed on a case-by-case basis. per case.”

Rodeo officials did not say whether they had identified or spoken to the volunteers tasked with spreading the message.

Ms Puente said she was surprised that someone could even jeopardize the loss of her valuable credentials due to political affiliation.

“We have to be very aware of the language we use because they can kick us out for any reason,” she said. “There could be someone in the rodeo hierarchy who’s listening or someone who’s just taking their kids out for a good time. And I think a lot of things have gone out the window sometimes.”

In her decade of volunteer experience at Rodeo, this is the first time she’s seen anything political, she said, citing Houston’s ethnic diversity as a possible reason.

“As far as I know, nobody really has worn-out political stuff,” she said.

“I’ve never seen it before. Not even when Donald Trump was in power. The tide has definitely turned.”

DeLemus revives political organization after his release from prison