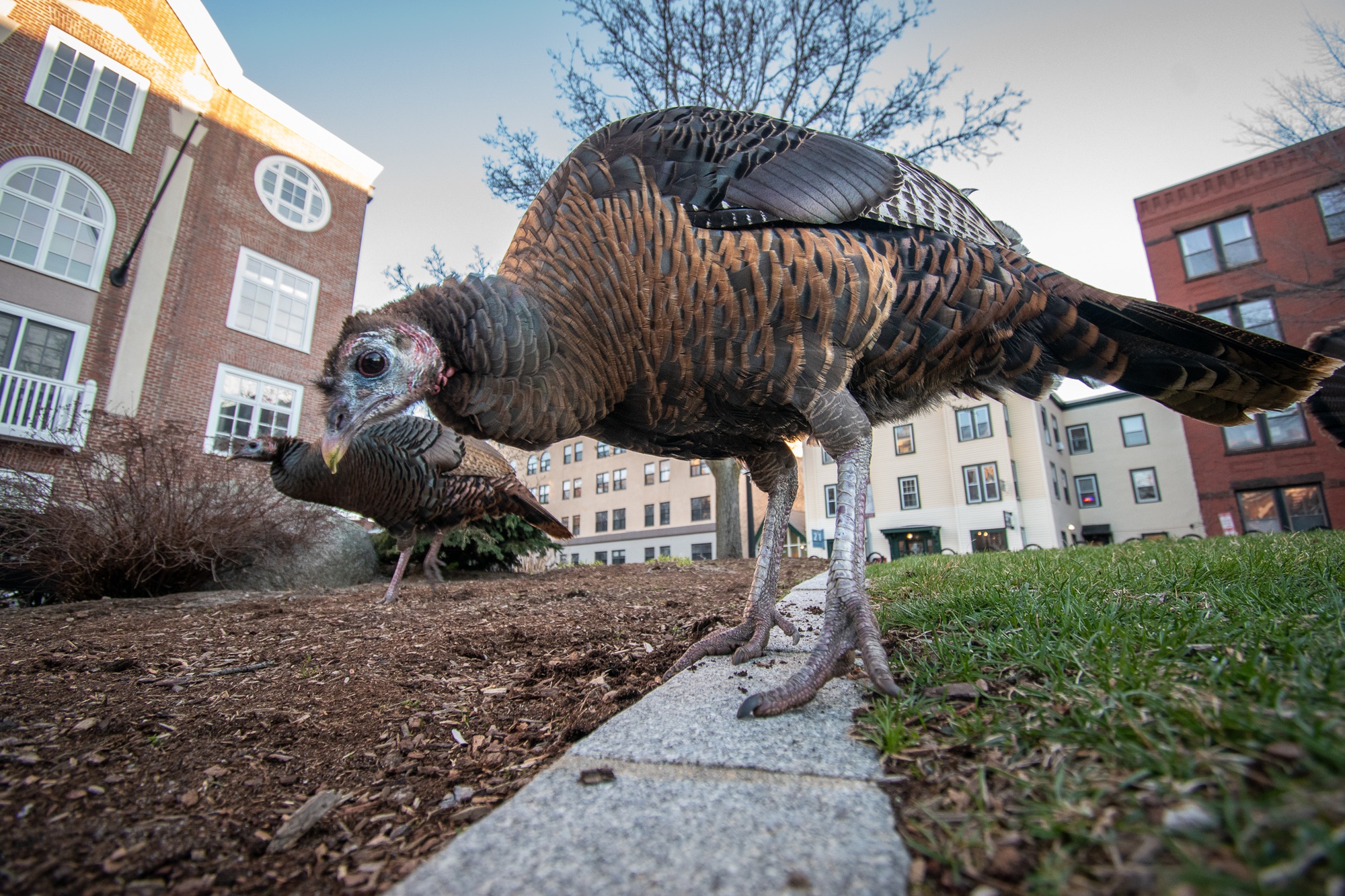 After roaming the streets of Harvard Square for centuries, Cambridge’s iconic turkeys may soon be roosting in new territory: Harvard Stadium.

A new initiative from the Harvard Undergraduate Association will allocate $1,000 to pilot the turkey as Harvard’s new mascot in response to a perceived lack of academic spirit. The Association voted in favor of the measure at its general meeting in Isaacson Room at the Smith Campus Center on Sunday.

The body also sought revisions to an open letter to the presidential search committee and announced the creation of a new task force on affordable graduation celebrations.

At Sunday’s meeting, Felix B. Bulwa ’23 presented research on students’ reported levels of school spirit and offered a potential solution: a new feathered mascot. In a survey conducted in March for the Harvard Political Review, more than 70% of 130 respondents supported a new mascot.

“What I discovered through my study is that we have a lot of spirit in sub-communities and sub-sections on campus,” Bulwa said at the meeting. “We lack that cross-functional spirit that most other colleges, even Ivy League colleges, tend to have.”

Although Harvard sports teams officially compete under the name “Harvard Crimson”, the College’s official mascot is “John Harvard the Pilgrim” – a figure Bulwa called “problematic”. The turkey, Bulwa said, would not replace the ubiquitous “Crimson” branding in Harvard athletics, but rather interact with fans at sporting events.

To justify choosing a turkey, Bulwa pointed to the bird’s prevalence on campus and adherence to Harvard’s color scheme. About thirty-six percent of respondents to Bulwa’s survey rank the turkey as their top choice for a mascot. Lobster came second.

HUA co-chairs LyLena D. Estabine ’24 and Travis Allen Johnson ’24 endorsed the initiative, as did College Dean Rakesh Khurana at a recent meeting, according to the couple. Of the 16 voting students present at the meeting, 12 supported the pilot initiative and four did not oppose.

The Association will pilot the new turkey mascot at the Harvard-Yale tailgate and use the $1,000 allocation to purchase a turkey costume and promotional materials.

At Sunday’s meeting, the Association created a new task force dedicated to promoting affordability for graduation traditions, including class rings.

Harvard College does not currently offer an official class ring service, but a HUA-approved affiliate company, Balfour, offers custom rings between $500 and $1,000.

The organization also allocated $2,500 for the creation of gift bags to be distributed to students in early December during the final exam period.

HUA leaders closed the meeting by seeking comments on an open letter to the presidential search committee. The letter details the students’ priorities for the University’s next leader.

In its current form, the letter asks the committee to select a candidate who is committed to “diversity, equity and inclusion”, “mental health” and “intellectual vitality”, among others.

—Writer Mert Geyiktepe can be contacted at [email protected]

GE15 an opportunity to participate in the democratic process, says Sarawak Association of Churches