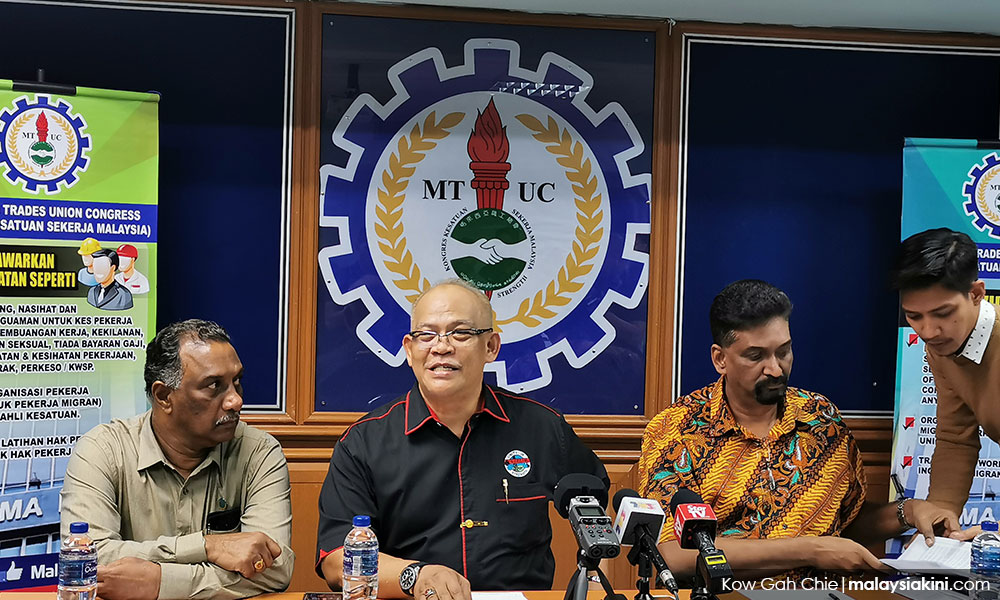 Freedom of association is essential for trade unions

LETTER | The Association for Welfare, Community and Dialogue (Acid) is concerned about the unease of private sector trade unionists over freedom of association, which is seen as creating chaos from the multiplicity of unions in the workplace. work.

It is understandable that trade unions and employers, for different reasons, oppose such freedom of association which could divide the trade union movement within a workplace or create disruptions which impede the proper functioning of organizations. due to competing forces.

The fundamental issue facing workers today is not simply the potential split between unions because of the micro aspects of unionism in the workplace.

It has a broader dimension of the lack of union representation across the country’s workforce.

This includes marginalized workers in the informal sector.

Denying the rights of workers to join entities that would benefit them is unfair. The Malaysian Trades Union Congress (MTUC) should indeed encourage greater worker representation through the eyes of solidarity and create a solidarity movement instead of clinging to a model that has not created enough representation.

The size of the workforce in informal employment is estimated at around 16.8% of the total number of jobs, which stood at 2.5 million according to a 2019 study.

This clearly reveals that union representation of a wider and more complex workforce is essential as Malaysia strives to become a developed country.

With the advent of various technological innovations that are shaping the future of work, a broader political and socio-economic voice of the labor movement has become imperative.

As seen today, the split of trade unions in apex bodies such as the MTUC due to internal power struggles has weakened its power and credibility, which requires soul-searching among trade unionists.

According to 2021 data, the unionization rate of public sector workers was 33.9% and continued to be more than five times that of private sector workers, of whom only 6.1% are unionized.

This is due to factors related to the Trade Unions Act which does not allow general trade unions for workers, in addition to the uphill battle to form unions in the workplace.

The MTUC leadership’s persistent ambiguous behavior towards freedom of association, fearing a split in the unions and loss of control, has hampered the influence of the unions in building a strong solidarity movement that could influence the political and economic system of the country.

For the growth of the country’s labor movement in terms of membership and political influence, the MTUC must work to build solidarity between unions by encouraging the alternatives put in place to meet the needs of informal workers and demand.

The other alternative would be to allow workers to apply for individual union membership without having to go through the micro-level in the workplace. This would strengthen the trade union movement in terms of numbers and bargaining power within the national socio-economic structure.

It is absurd to have a multiplicity of unions in the same workplace, but it is rational to have strong and credible national unions capable of expanding their membership and decentralizing their functions in all States.

Therefore, it is hoped that a good understanding of what constitutes freedom of association in the trade union movement will be cultivated rather than restricted. at a problem of multiple unions in the same workplace.

It should only accept one union in a workplace, but open up to other national and state umbrella unions depending on the complexity of the workforce, which could help to expand union membership and create a movement of solidarity that could inspire change in the country.

The views expressed here are those of the author/contributor and do not necessarily represent the views of Malaysiakini.