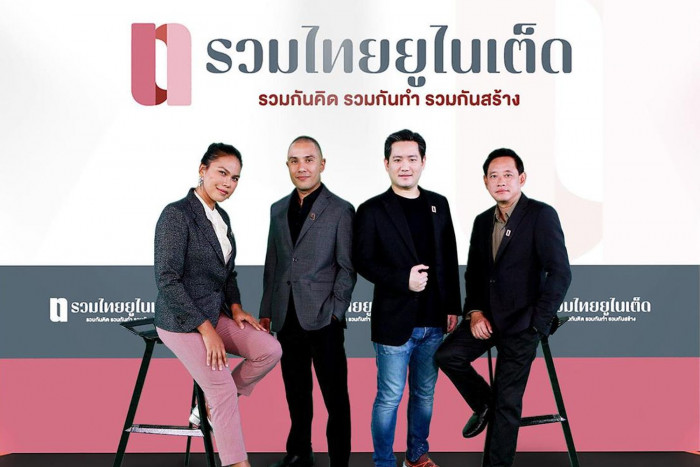 Four people have announced that they will form a political party called “Ruam Thai United” to participate in the next general election.

Mr Win, a property and steel tycoon, announced his resignation as a member of the Move Forward party list on Wednesday, citing “changing circumstances and circumstances”.

“I ended my role as an MP to continue my ideology that I had stated from the beginning,” he wrote on Facebook on Wednesday.

Voranai, former editor and columnist at Bangkok Postis the founder and editor of the online media Thisrupt.co.

Mr. Apirat is a former leader and the only list MP of the Mahachon party in the 2011 elections.

Nitchanat Sudlapa is a transgender model known on the international fashion scene as “Sarina Thai” and an activist for social diversity and equal opportunity.

The four founders said the party was a cooperation of people from different walks of life who shared a desire to see positive change and a developed Thailand.

Mr Win said that for 30 years Thailand had remained a developing country, so it was high time for a change.

Regarding the party’s independence, Mr Win said: “We insist that we are a brand new group with no one behind to pull the strings.”

Discussing what the party would do if elected and had to work with other parties, Mr Win said: “What we could not accept was the perpetuation of power. We cannot accept that senators be allowed to vote for a prime minister.”

He said his party would only embrace parties that truly emanate from the voice of the people.

In a similar note, Mr Voranai raised the question of why Thailand remained a developing country with the kind of budgets it spent every year while other countries exceeded it.

“Our goal is for politics, economy, society and education to move forward.

“We are no one’s candidate. If we become the government, we will never throw a banana [skin] to journalists, pat the heads of our subordinates or spray [alcohol] on the people. Our aim is to develop the country but there is a problem – we need 376 MPs to reform the country,” he said, referring to the magic number of MPs needed to vote on a prime minister of their choice. without being overthrown by senators appointed under the current Constitution.

The first thing the new party would do if given the chance would be to shut down the fake information center and replace it with the Free Thought Center to really hear from the people, Voranai said.

Mr Apirak said that for 11 years he had been the leader of a party and was desperate to have been able to do anything meaningful for the country.

“But now I see it is in us to uphold democracy and overcome conflict… If allowed, the first thing I would do would be to promote understanding and national unity,” he said. he declared.

Ms Nitchanat said she would promote rights, freedom and equality among all groups and eliminate gender discrimination, especially in the workplace.

“We all have the same potential, if only we could pursue our goals,” she said.

Austin Firefighters Association Says No to Proposition A: Over 50% of AFA Members Vote to Oppose Police Staffing Initiative – News