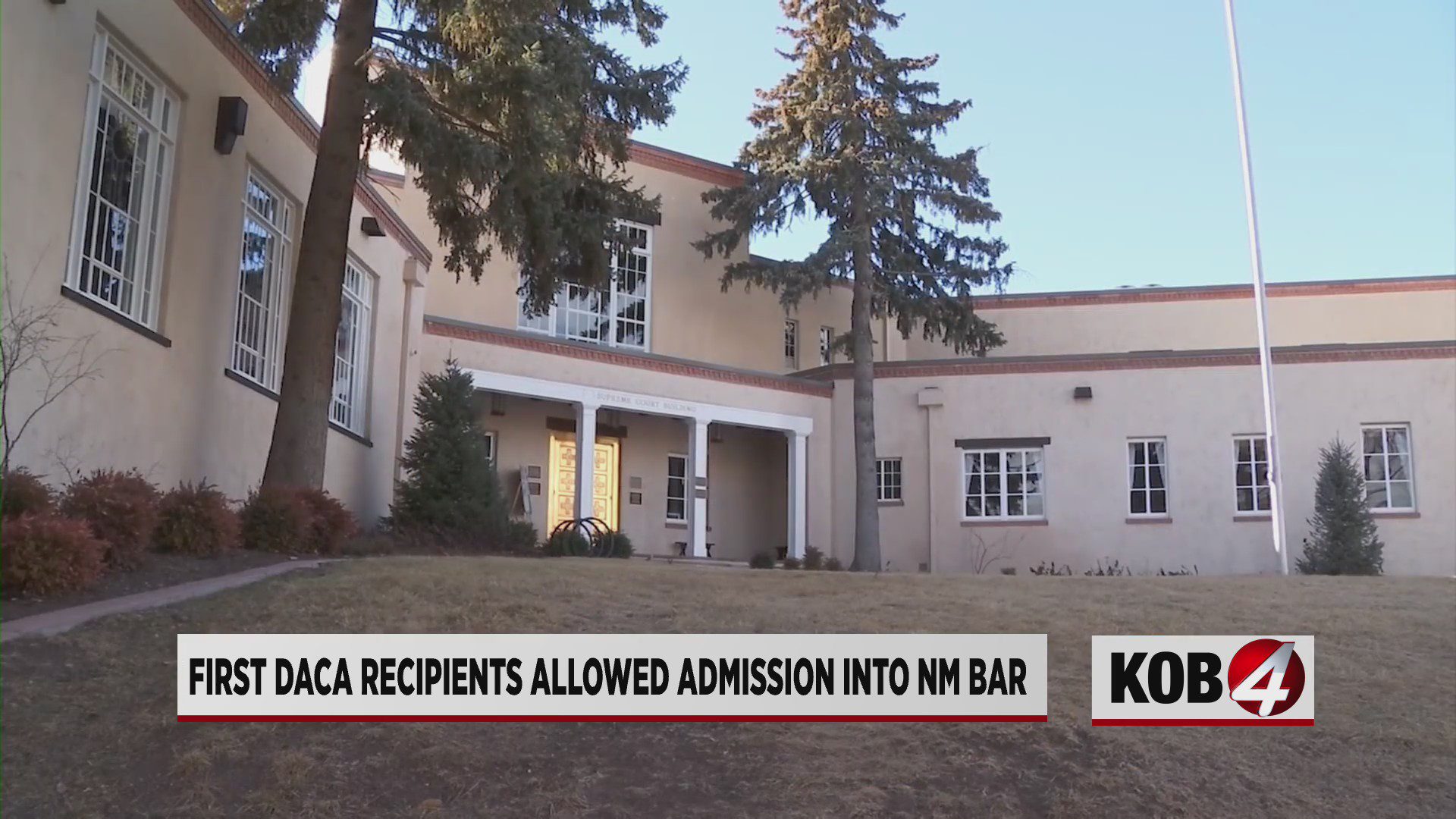 ALBUQUERQUE, NM — This week, the New Mexico Supreme Court ruled that immigration status can no longer be a reason to deny someone admission to the state’s bar association.

The New Mexico Immigrant Law Center has been advocating for this change since 2017. They say it’s a victory for hundreds of immigrants who want to practice law where they call home, including the state’s first DACAmented attorney.

Jazmin Irazoqui-Ruiz passed the bar in 2017, but that didn’t guarantee she would be allowed to practice law.

“I had standing to seek admission to the New Mexico State Bar, but due to the political backdrop of the DACA recession, I was initially denied admission and saw my class be sworn in in October 2017,” Irazoqui-Ruiz said.

With the help of other attorneys and the New Mexico Dream team, Irazoqui-Ruiz was called to the bar in late 2017. Since then, she has been working to make the process easier for her fellow Dreamers.

“I initially set out to pursue a legal career to dismantle barriers for my community and I, along with the New Mexico Dream Team and NMILC, strongly believed that the work should be done directly on those affected. “Irazoqui-Ruiz said.

Thanks to their work over the years, the New Mexico legislature has passed laws to eliminate citizenship requirements for state-run licensing programs — for almost everything except the bar.

“I almost fell out of my chair,” Irazoqui-Ruiz said, “I think the first thing was a shock, then I think it was a relief because we had people who showed up at the bar exam last July and who would be affected by this rule.”

“I was obviously very exciting, this is one of those pieces of news that we’ve been working on for a while and to be able to see that our hard work was reflected in the change in the Supreme Court of New Mexico, we’re opening the opportunities not only for me but also for everyone who comes behind me,” said Leyva-Castillo.

However, not everyone is so excited about this change.

“New Mexico’s high court has become authoritarian and seems to be operating outside the bounds of its power, this latest rule will open our borders even further, and the court seems to like to make arbitrary decisions without thinking about the consequences.”

“We expected a rollback, just like there is a rollback when a policy is passed and the only thing I want to point out is that this is based on the law, there is a federal law that allows the ‘access to business and professional licenses,’ Irazoqui-Ruiz said.

New Mexico is not the first state to make this change.

“Eight other states have done the same, so we’re not the only state doing this, it’s not something that’s not allowed by law, ultimately it’s New Mexico who exploits the talent that is cultivated at home,” said Irazoqui-Ruiz.

The decision will take effect on October 1, 2022. Many of the new DACAmented lawyers like Luis Leyva-Castillo already have jobs scheduled.