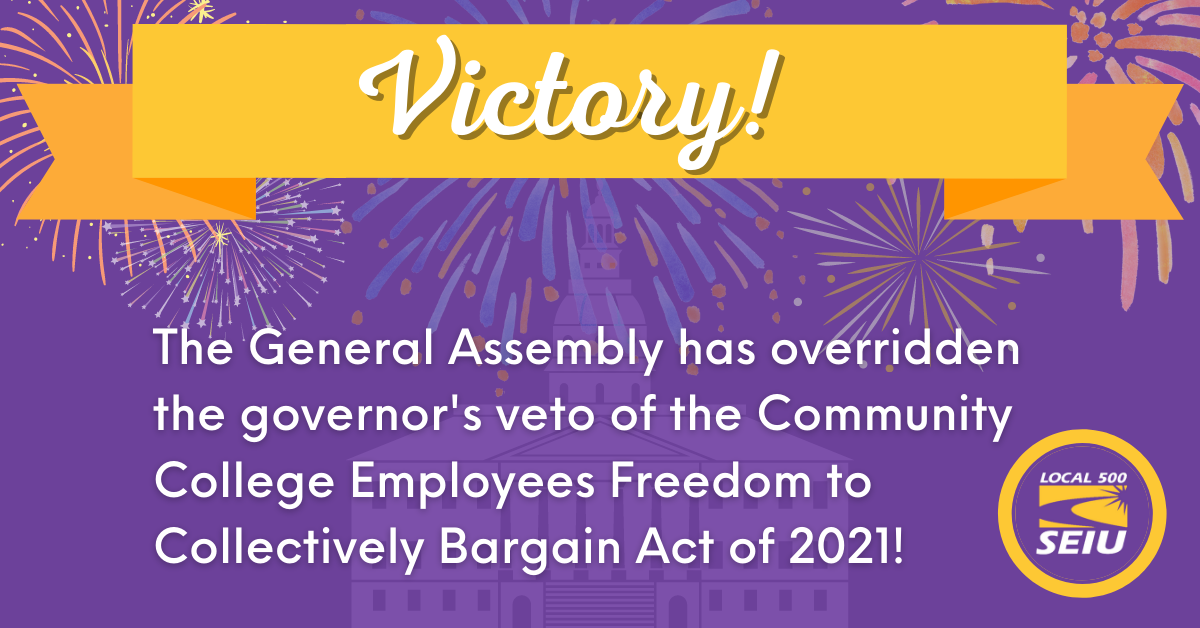 And other legislative updates in Up the Street this week

The special session of the General Assembly which took place from December 6 to 9 gave Maryland a new state treasurer, a new map of congressional districts, and collective bargaining rights for employees of Maryland Community Colleges.

Lawmakers overwhelmingly supported the designation of delegate Dereck E. Davis the next state treasurer, who must be sworn in today. As Treasurer, he will influence statewide funding decisions made by the Board of Public Works (BPW), which approves investment projects, including schools, and on the Board of Revenue Estimates (BRE), whose forecasts affect state financial planning that impacts schools and students. At BPW, the treasurer is one of three members, alongside the state comptroller and the governor. On the BRE, the treasurer serves with the comptroller and the secretary of state for the budget.

A new congressional district map received both General Assembly approval and a swift waiver of the veto after Hogan refused to accept what the legislative committee had drawn. The map updates districts in the state and makes the First Congressional District more competitive for Democrats by including part of Anne Arundel County. Some of Hogan’s allies threatened to take legal action, which legal experts said would be difficult to win. Cases disputing the 2011 congressional cards in Maryland and North Carolina failed in 2019 when the United States Supreme Court ruled that partisan gerrymandering is a political issue, not something the federal courts must adjudicate.

At the State Board of Education (SBOE) meeting on December 7, State Superintendent Mohammed Choudhury conveyed to council members that Maryland has had almost continuous school operations since the fall, compared to others. States where masks have not been encouraged and where weeks of school closures have been required following coronavirus cases. In search of ‘exits’ from the mask mandate, the SBOE has defined metrics, related to vaccination rates and community transmission rates, from which local school districts could choose to determine when they will lift local mask mandates. . The proposed emergency settlement requires the approval of the Joint Administrative, Executive and Legislative Review Committee (AELR). If none of the AELR members request a public hearing on the urgent adoption of the regulation, committee members can be questioned about the regulation as early as December 22. new emergency regulations would replace the emergency mask regulation which expires on February 25, and would last 180 days.

The MSEA is advocating for changes to reduce the unsustainable workloads and overcrowded classrooms that worsened during the pandemic and made this school year incredibly difficult for educators and prompted many to consider leaving school. profession. As part of the association’s 2022 legislative priorities, the MSEA will strive to give educators more power over their working conditions and the learning conditions of students by allowing them to negotiate on class size. In addition to helping reduce teacher burnout and turnover, such a change would also help encourage greater individual attention for students and even stronger relationships between educators and students.

Several of the licensed sports betting sites have finally started their activities, join casinos to generate millions in new income for K-12 education. The state will receive 15% of the gross revenue, and that money will go to the Blueprint for Maryland’s Future Fund. Legislative analysts predict that betting on professional and college sporting events will net the state between $ 15 million and $ 25 million a year.

The state has a solid income prospects for the current and next fiscal year, according to the Board of Revenue Estimates (BRE), which met on December 14. In September, the BRE looked at better-than-expected tax revenue and now estimated an additional half a billion dollars in each of FY22 and FY23.

The New York Times honored Becky Pringle, president of the National Education Association as a leading black union leader, positioned to bring about the kind of racial and social justice that are MSEA priorities. Pringle’s profile was written by former Baltimore Sun reporter Erica Green.

A disappointing court decision in favor of Bethel Christian Academy to quietly discriminate against members of the LGBTQ + community and receive public funds will not prevent MSEA from defending the rights of all students to be protected and valued equally. MSEA and coalition partners will continue to fight attempts to use public funds for schools that do not share these core values.

The changes in the leadership of the General Assembly continue as this week Senator Delores Kelley of Baltimore County, a member of the General Assembly for more than 30 years and chair of the Senate Finance Committee, announced that ‘she would not seek re-election in 2022. Also this week, Gov Hogan appointed Linda Foley to represent Montgomery County as a delegate in the 15e District, taking the seat from former delegate Kathleen Dumais, who was appointed circuit court judge.

The State Task Force on Assessment and Funding of School Facilities which was established by the 2021 legislation last met on December 15 and has a final set of recommendations to the General Assembly to consider the next session. The task force is proposing legislation for a revolving credit fund to allow more districts to pass on low or no interest financing projects. Other recommendations and changes involve new cost-sharing formulas for capital improvement projects and school construction Built to Learn and guidelines on how the Interagency Commission on School Construction (IAC) should determine the maximum amount of public funding for school construction projects. The working group wanted the IAC to adjust its calculation methods, which use the school population and the reference area.