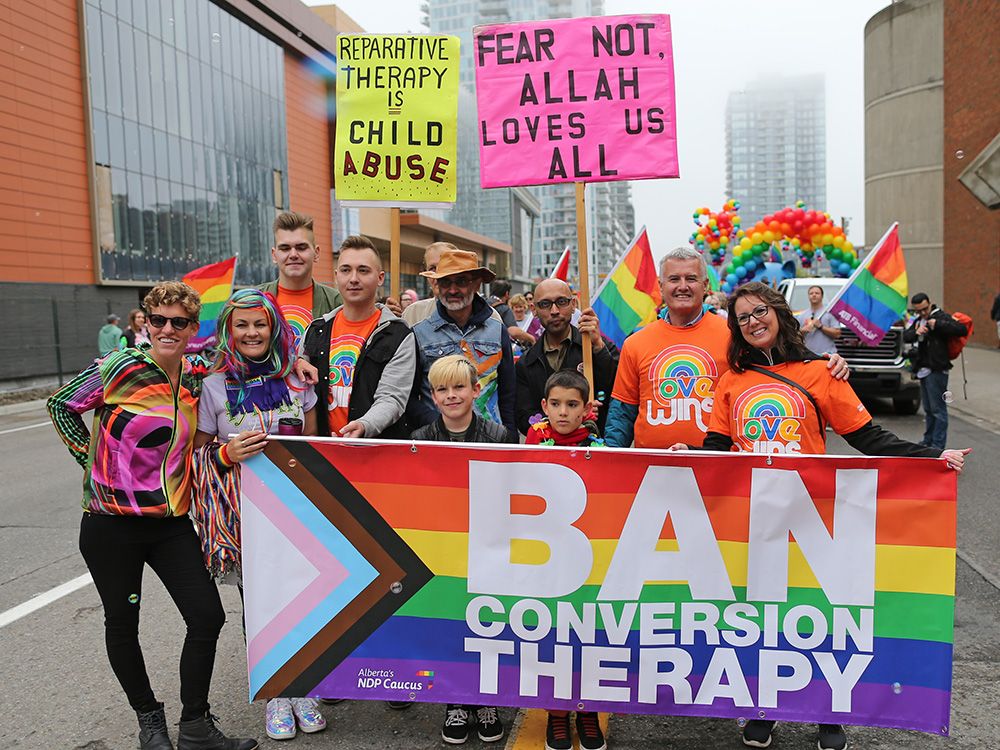 A jury of members of the LGBTQ2S+ community will decide which political parties can participate in the Pride Parade this summer, Calgary Pride announced Tuesday.

The volunteer-run organization is preparing for its first Pride Parade since 2019 after it was canceled for the past two years due to the pandemic. It was during the 2019 parade and festival that the Calgary Pride board of directors chose to completely ban political parties.

“At that time it was because only one candidate would have met the criteria, so they just decided to do an effective ban,” said Brit Nickerson, communications manager with Calgary Pride.

After public engagement and stakeholder feedback on the topic in 2020, Calgary Pride has elected to open nominations to political parties, which will then be judged by a panel of members of the LGBTQ2S+ community with a variety of backgrounds. experiences and intersections.

“There were two events that happened. There was a public open day where any member of the community could attend and offer their input, and there was a roundtable more dedicated to stakeholder engagement where several MPs and political party representatives offered their input” , Nickerson said.

The judging panel will use a set of judging criteria to determine whether or not a political party is eligible to participate in the Pride Parade, including their official positions and recent efforts to advance or protect the rights of marginalized people. The party will not be asked to march if its mandates, recent efforts or policy suggestions harm or hold back marginalized communities.

Political parties have until July 10 to apply.

Uniformed police have not been allowed to participate in the Calgary Pride Parade for several years and that is not changing this year, Nickerson said.

“This policy was also built on community feedback,” Nickerson said.

The parade is scheduled for September 4 and the festival runs from August 26 to September 5. There is a new parade route on 9th Avenue from 6th Street SW to East Village.

“This will lead to our brand new location. We’re moving to Fort Calgary and the East Village and we’re really excited to activate those venues with programming and performances,” Nickerson said.

There will be food trucks, a beer garden, a market and plenty of kid-friendly activities.

“We are thrilled to see tens of thousands of people taking to the streets to celebrate our community and participate and show their pride,” Nickerson said.

Sign up to receive daily news from the Calgary Herald, a division of Postmedia Network Inc.

The next issue of Calgary Herald Headline News will soon be in your inbox.

The national executive committee of the South African Local Government Association (SALGA) has expressed concern about weaknesses in municipal credit control and debt collection mechanisms in councils across the country.