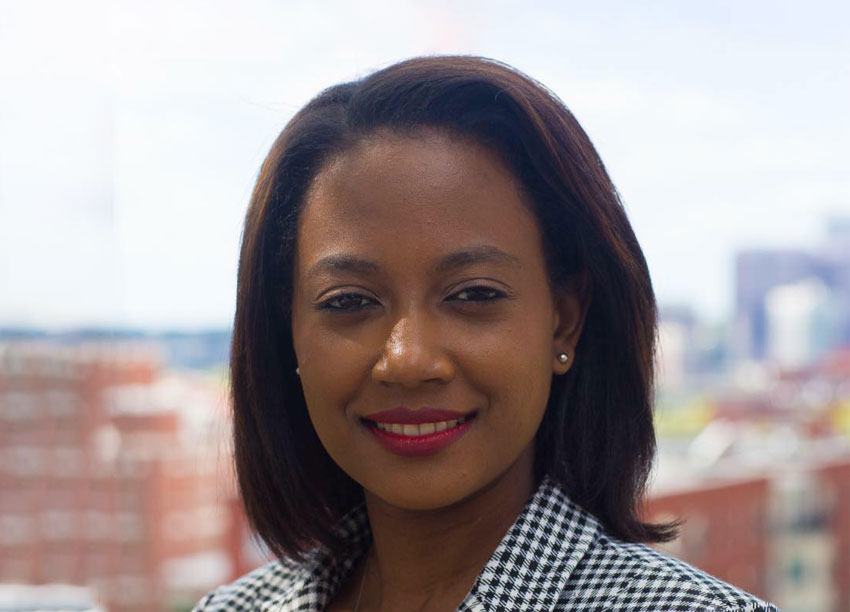 The Association of Saint Lucia of Georgia hosted a high-level virtual event: â€œWomen in the Frontlines of Power: A Dialogue in the Diasporaâ€ on Saturday September 25, 2021 which hosted just under 120 participants from the United States. United and the Caribbean. This inaugural dialogue brought together nine Caribbean women politicians from Georgia and Saint Lucia to share their experiences and challenges as women in high-level political spaces.

The President of the Association, Mr. Cornelius Alfred, officially welcomed the distinguished guests and participants, after which Her Excellency, Dr. Joycelyn Fletcher, Ambassador of Saint Lucia for Diaspora Affairs addressed the ‘Assembly. She congratulated the Association for this initiative while noting that this event would most likely be her last official event as she would soon be leaving her post. Representative Donna McLeod also delivered remarks in which she reiterated her special connection to the Caribbean Diaspora and her appreciation for such an initiative to bring together women leaders of the Caribbean Diaspora to share their experiences.

The first dialogue: Woman of Power in Georgia – Stories and Perspectives was moderated by Mr. Austin Thompson, candidate for the Lawrenceville City Council. The women leaders shared their perspectives on being women in the public eye and how they have each shaped the respective positions they hold, even as they juggle the complex roles of their public life. and private. Representative McLeod shared memories of her Jamaican heritage before explaining her responsibilities as the state representative to pass the budget and process state laws. She underlined the importance of these processes for the life of Caribbean citizens in Georgia.

City councilor Ms. Solange Destang, who has Surinamese and Saint Lucian roots, attributed her success to her Saint Lucian father. Having been elected in November 2020 as the first woman of color to hold the position, she was also the first immigrant to win a seat on the Council. From both of these perspectives, she noted that just being at the table doesn’t mean you’re going to be on the menu forever. It was therefore important to seize the opportunity to make a difference for his constituents. She also spoke about her portfolio which, as a whole, manages ordinances, land use policies and applications for construction projects.

Mrs. Urania Petit, a Saint Lucienne from Saltibus, Choiseul; shared her story of running in 2006 for city council and losing by nine votes – painful for her as she felt she had done everything to win. After reorganizing her candidacy strategy for a major party, she won her seat at the table by being elected by a 3rd minority party. From there, she became the registrar of electors in Hartford, Connecticut. As an electoral administrator, Ms. Petit is notably in charge of voter registration, the conduct of elections, the certification of elections; and activate candidates. Ms. Petit concluded that there was a need to use older female politicians to mentor young aspiring women.

After this first round of dialogue, Ambassador Fletcher made a special presentation by Ms. Yasmin Solitahe Odlum, Gender and Development Specialist, entitled: “60 years later: the political ladies of Saint Lucia (2011-2021). Noting the scarcity of the number of women on the general election list in 60 years, Ms. these women . The presentation concluded with a key takeaway: that a benchmark of 20% representation of women is needed as a critical mass to change the focus of Parliament’s legislative agenda.

The second dialogue featured female politicians and parliamentarians from Saint Lucia reflecting on their experiences of participating in electoral processes – some as trailblazers. Atlanta-based journalist and political commentator Nicholas Joseph chaired and moderated the dialogue within the bipartisan panel. Most of the women spoke of their admiration for two prominent women in Saint Lucia who impacted their choice to enter politics – or the way they approached their political life. Mrs. Heraldine Rock, first woman elected to Parliament in 1974; has been praised for being outspoken, based on service to people, able to stand firm in the midst of a group of men in politics and government.

Almost all of the women in the panel praised Dame Pearlette Louisy for being a role model for women in the public sphere. The Grande Dame was also praised for her elevation of the â€œKweyolâ€ language to par with English in high office, communicating fluently in this language on official occasions; and to be the epitome of service in a bipartite context.

However, for Dr Rigobert another influential politician, Ms Leonne Theodore-John, had played a very important role in her early political career. According to Dr. Rigobert, when she decided to enter elective politics, she sought wise advice from Ms. Theodore-John.

Government Senator Lisa C. Jawahir, the youngest panel member and the only woman yet to face an electorate, shared her admiration for Sister Emma Hippolyte – as she called her – having been an active party from her campaign team in Gros Islet constituency in 2011. She spoke of Ms. Hippolyte’s hands-on approach where she could be found door-to-door and house-to-house in her constituency.

Given the multiple roles of women in the public and private spheres, most female politicians – including some mothers – alluded to the loss of private life and the acute loss of personal time for oneself and for the life of family, because of the incessant demands and sacrifices that accompany a political vocation and the rigors of public life. The immediate family network gets used to retreating and taking over in the myriad acts of disappearance of the politician. Most female politicians did not consider this contraction in their private lives to be new or unknown for that matter.

Women politicians were also asked the predictable question of any discrimination they might have faced as women in male-dominated politics. Only Ms. Jeannine Giraudy-McIntyre had not suffered any form of gender bias and discrimination – even as Speaker of the Senate – and she attributed this to a lawyer who is very aware of and fully exercising her constitutional rights. Ms Mary Isaac had a revealing story of how her life was shaped by gender politics – but not in the political arena, however – and she claims she would have called it.

Dr Gale Rigobert spoke of the attempts that have taken place in public life to diminish, silence and marginalize her, she didn’t let that put her in phase and instead developed a built-in mechanism to reject her. , crush it and beat it.

Hon. Dr. Virginia Albert-Poyotte noted that in her early days in the electoral race while running in the general election, she found herself – more or less – alone to manage her candidacy in her constituency. Likewise, her party’s senior politician, the Hon. Emma Hippolyte, the first woman to become her party’s vice-president, had experienced gender prejudices within her party when she decided to run for the party executive.

The inaugural virtual dialogue ended on a positive note after an informative, engaging and robust discussion between parties and between countries, as nine women politicians shared their backgrounds, stories and experiences. To lower the curtains, Mrs. Kirsty Douglas, Treasurer of the Saint Lucia Association of Georgia and Youth Ambassador of the Union of Overseas Associations, was recognized by the President of the Association, Mr. Cornelius Alfred and received a certificate to proclaim it: Exceptional young woman from the Saint Lucia Association of Georgia. Ms Douglas, after expressing her appreciation for the award, also had the honor of concluding the ceremony by delivering closing remarks on behalf of Ms Marva Jacobs, Honorary Consul of Guyana in Georgia.

Erdogan calls on every political party to publish plans for …