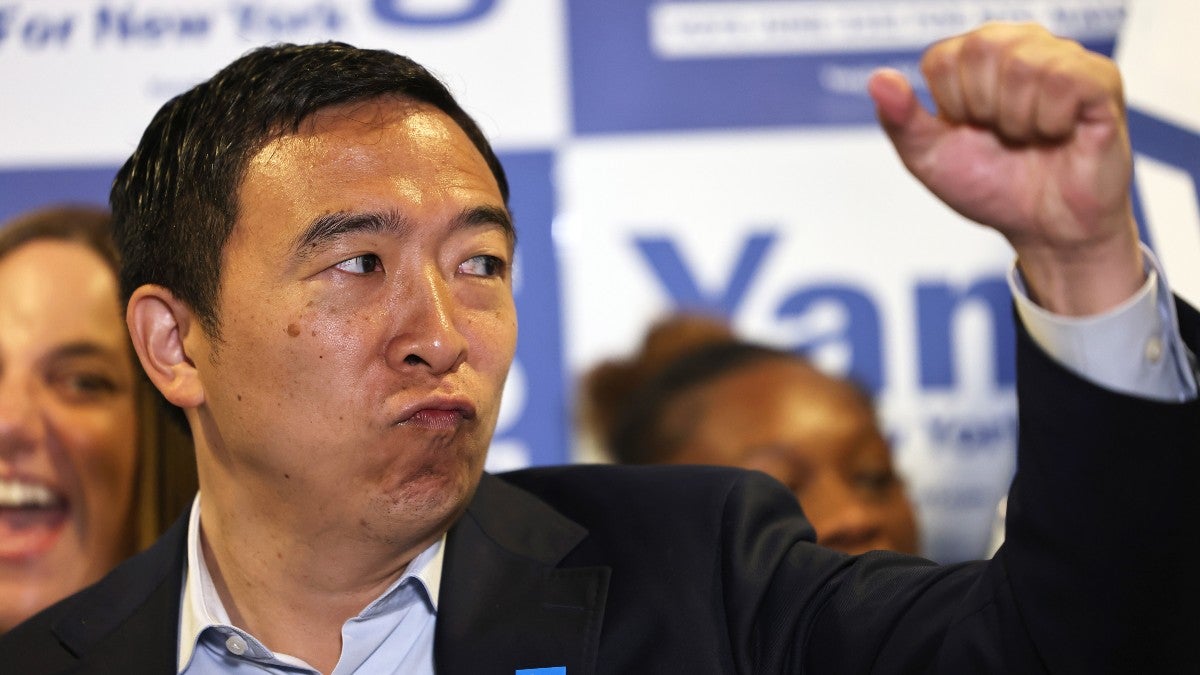 Former presidential candidate Andrew Yang is trying to get a third political party off the ground with a new PAC. It’s called the “Forward” party – but its logo is already ruthlessly mocked on social media.

According to Yang, it was created by supporters Olivia Daniel and Alex Zarzycki. The design features a red, white, and blue color scheme, although the actual “front” portion is steel gray. The slogan reads: “Not to the left, not to the right”, with a star between the sentences and wings on most of the image. To many, it conjures up images from the popular â€œGI Joeâ€ franchise.

For others, Yang’s logo looked more like that of Tom Cruise’s hit movie “Top Gun”. Several people joked that they had the video game corresponding to the movie, with one person writing, “had this game for NES a kid.” could never land on the aircraft carrier.

When people weren’t making logo jokes, they were pointing out that Yang’s photo was quite clearly a screenshot of her phone. “No one taught tech brother Andrew Yang how to crop a photo,” actor Kylie Sparks tweeted.

“He thinks he can end the two-party system when he doesn’t even know how to crop a screenshot,” another Twitter user wrote.

You can check out some more fun reactions to the logo below.