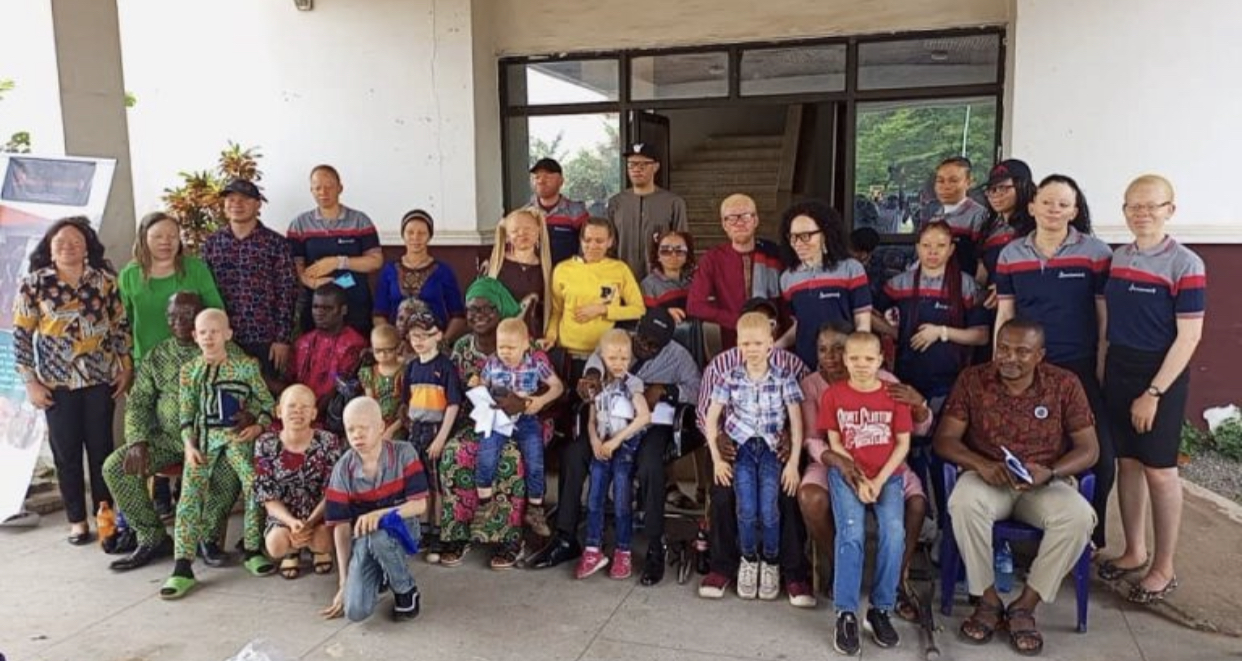 The Anambra State Albinism Association (ASAA) announced on Sunday that it has lost three members to skin cancer in five months.

ASAA President Vivian Ezeonwumelu revealed this in an interview with Awka to mark the International Albinism Awareness Day commemorated every June 13.

International Albinism Awareness Day was instituted by the United Nations General Assembly on December 18, 2014 to raise awareness in society about the issues of people with albinism in order to curb the rate of marginalization and stigmatization.

The theme of this year’s commemoration is “United to make our voices heard”.

Ms. Ezeonwumelu lamented that the majority of people with albinism (PWA) do not have access to treatment due to poverty, ignorance, myths and misconceptions about albinism.

According to her, due to the lack of melanin, their skin pigments are vulnerable to skin cancers, hair and eye defects.

She urged the state government to set up a health care support program for people with albinism to reduce the death rate from skin cancer.

“We need free or subsidized medical care to reduce the rate of skin cancer in the albino community.

“Just in the space of five months, we lost three of our members to skin cancer.

“We are asking the government to sponsor seminars where dermatologists and ophthalmologists can come for checkups for PWAs at least once every six months.

“Children or students with albinism should also be allowed to wear long sleeves and wide-brimmed hats at school.

“It’s to protect them from the sun’s ultraviolet rays which put them at risk for skin cancer,” she said.

Ms Ezeonwumelu said people with albinism also face the challenge of social discrimination due to mistaken beliefs and myths, influenced by superstition.

She urged the public to end all forms of discrimination and stigma against people with albinism, saying they are human beings and should be treated equally.

Also speaking, Ify Obinabo, Commissioner for Women and Social Protection, encouraged people with albinism to always work on their self-esteem and disregard the negative perception society had of them. .

“No human being on earth is ever complete, therefore refuse to be intimidated by public perceptions. Within you lies great potential waiting to be explored,” she said.

Ms. Obinabo advised parents to strive to train their children in school.

“People with albinism can excel in any profession given the opportunity,” she said.

In his remarks, Ugochukwu Okeke, Chairman of the Joint National Association of Persons with Disabilities, Anambra Chapter, said that Anambra was the only state in the southeast to have a law to protect the rights of persons with disabilities.

Mr. Okeke urged the administration led by Governor Charles Soludo to consolidate existing achievements by implementing the law to alleviate the plight of persons with disabilities in the state.